Targeting HER2 Outside of Breast Cancer
News > 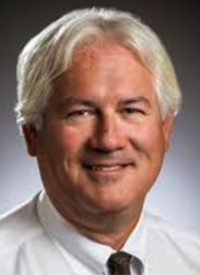 Refinements in surgical techniques have propelled the evolution of the management of patients with early-stage lung cancer, said Mark Widmann, MD.

State of the Science Summit™ on Lung Cancer, Widmann discussed the role of surgery in the treatment of patients with early-stage lung cancer.

OncLive: What is the history of lobectomy in early-stage lung cancer?

Widmann: There has been an evolution in the management of lung cancer. Eighty years or so ago, pneumonectomy was the only option. As there have been both refinements in surgical technique and a better understanding of early diagnosis of the disease, people have recognized that lesser resections or other therapies are potentially as effective, or are better alternatives, for patients who do not have good surgical risk. We have expanded our armamentarium of ablative therapy. That includes things such as radiation therapy, radiofrequency ablation, and cryotherapy.

Three-fourths of patients with early-stage lung cancer are still candidates for lobectomy. We have had advances in video-assisted thoracic surgery, and we have been able to expand our surgical patient population, but there are still patients who are not candidates for surgery.

As a technique, where does lobectomy stand now?

We pushed the envelope pretty well with our minimally invasive surgical techniques. Patients are often back to full activity within 2 or 3 weeks. For patients who are good surgical candidates, it is an excellent option. The robotic revolution has paralleled the experience with thoracoscopy and video-assisted thoracic surgery. A good minimally invasive operation is still the standard of care for early-stage lung cancer if the patient has adequate medical reserves.

With recent advancements in targeted therapy, how will the role of surgery evolve in the coming years?

We have a revolution in early diagnosis with CT scans and screenings, where we find nodules that are much smaller than what we would have found 20 years ago. You still need to be able to biopsy these small lesions, so surgery is still a major component. If one is going to surgically remove it, you have to have a plan for control of the primary site. Surgical incision is probably the most complete ablative therapy that we can offer. That will be a mainstay in the near future.

Could you speak to the importance of screening?

The guidelines that are established by the major societies are pretty clear that, first and foremost, you have to screen patients who are at risk. Secondly, these need to be patients who are eligible for treatment. That balance is sometimes not met, and it is essential that both of those criteria are met when one applies a screening program.
... to read the full story
To Read the Full Story
REGISTER
LOG IN