Immune Correlates May Indicate Responsiveness to Ipilimumab in mCRPC

Dr. Armstrong on the Utility of Pamiparib and Other PARP Inhibitors in Prostate Cancer 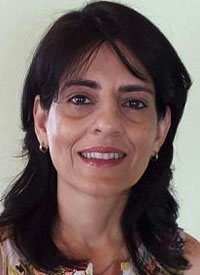 An analysis of African-American and Caucasian patients with metastatic castration-resistant prostate cancer (mCRPC) demonstrated that there was no significant difference in overall survival (OS) between the 2 populations—a finding that was opposite of prior hypotheses, explained Susan Halabi, PhD.

Results of the study, which were presented at the 2018 ASCO Annual Meeting, analyzed data from 9 different randomized phase III trials in which patients with mCRPC were treated with docetaxel. The data comprised 8871 men, 85% of whom were Caucasian and 6% were African American, Halabi said.

The initial analysis showed no significant difference between the 2 groups; the median OS was 21.0 and 21.2 months in African-American and Caucasian patients, respectively. However, an adjusted analysis that factored in age, prostate-specific antigen (PSA) levels, and other variables showed the risk of death was approximately 19% lower for African-American patients (HR, 0.81; 95% CI, 0.72-0.92; P = .001).