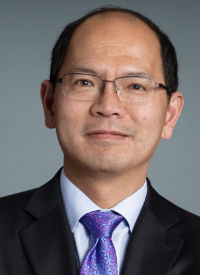 Single-agent immunotherapy, targeted therapies, and combinations of the 2 are demonstrating durable responses of up to 7 years in subsets of patients with advanced non–small cell lung cancer (NSCLC), giving physicians hope that the benefit can be extended to a greater proportion of patients, said Kwok-Kin Wong, MD, PhD.

Moreover, next-generation TKIs continue to emerge for both EGFR-mutated and ALK-positive lung cancer treatment. In April 2018, the third-generation TKI osimertinib (Tagrisso) was approved by the FDA for patients with EGFR-mutated NSCLC based on the results from the phase III FLAURA trial. Later that year, the results from the phase II B7461001 trial were released, which led to lorlatinib’s (Lorbrena) second-line approval for patients with ALK-positive disease.

In an interview during the 2018 OncLive® State of the Science Summit™ on Advanced Non–Small Cell Lung Cancer, Wong discussed updates in NSCLC and the importance of enrolling patients in clinical trials to further progress the field.

OncLive: What are some exciting data we have seen to date in lung cancer?

Wong: NSCLC is a very heterogeneous disease. We can divide it into cancers that have known oncogenic drivers and cancers in which there are no oncogenic drivers. Incredible advances have been made on both sides. For oncogene-driven lung cancer, we are developing new drugs and more of those drugs are getting FDA approval.
... to read the full story
To Read the Full Story
REGISTER
LOG IN