Dr. Rugo on the Results of the KEYNOTE-522 Trial in TNBC

Dr. Rugo on Recent Updates With Immunotherapy in TNBC 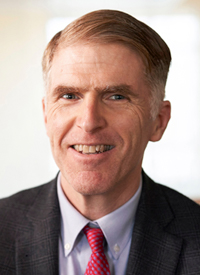 “The PFS advantage in favor of continuous dosing was observed in younger and older patients, men and women, patients with and without prior immune checkpoint inhibitor therapy, and in patients with normal and elevated baseline LDH levels,” said Alain Algazi, MD, an associate professor in the Department of Medicine at University of California San Francisco and the study chair with SWOG Cancer Research Network, which led the research.
The outcome of the trial was the opposite of the study hypothesis. Based on positive preclinical signals in mouse models, the investigators hypothesized that intermittent dosing of the BRAF inhibitor dabrafenib and the MEK inhibitor trametinib could overcome acquired resistance to BRAF inhibitors and improve PFS in this patient population.

The open-label phase 2 SWOG S1320 trial enrolled 206 patients with advanced BRAF V600E/K melanoma over 5 years at 68 clinical sites, including some community practices. Baseline characteristics were well balanced between the 2 treatment arms. The median age was 58 and 62 in the continuous and intermittent arms, respectively. Fifty-nine percent and 69% of patients were male, and 98% and 97% of patients were white in the 2 arms, respectively. Almost all patients in each arm had an ECOG performance status of 0 or 1. Seventy percent of patients in each arm had no prior exposure to an immune checkpoint inhibitor.

All patients received an 8-week lead-in course of continuous dosing after which patients who achieved an objective response or stable disease were randomized to continuous (n = 105) or intermittent (n = 101) dabrafenib plus trametinib. The intermittent schedule was 3 weeks off/5 weeks on. Algazi noted that following the 8-week lead-in period, “There were no statistically significant differences in the initial tumor response between the 2 treatment arms.”

Although the study was not powered to detect differences in overall survival (OS), Algazi reported that there was no significant difference in survival observed, with a median OS of 29.2 months in each arm. This lack of OS difference extended across all key patient subgroups.

However, Algazi noted that, “The shorter period of disease control in intermittent-dosed patients appeared to be offset after disease progression in S1320.” Following disease progression, there was a statistically significant OS improvement favoring the intermittent dosing arm (HR, 0.76; 80% CI, 0.78-1.00; P = .20).

Addressing potential explanations for this outcome, Algazi discussed subsequent therapy, explaining that investigator-reported data showed that about half of the patients in each arm received an immunotherapy agent post-S1320. “There was no significant difference in exposure to anti–CTLA-04 or anti–PD-1 antibodies following treatment on S1320 between the 2 study arms.” Thus, subsequent immunotherapy would not explain the OS difference.

Additionally, he also recalled that since “30% of patients in each study arm were exposed to immune checkpoint inhibitors prior to study enrollment, any latent effect of prior exposure to these agents is unlikely to explain differences in post-study survival.”

Regarding all of the OS data, Algazi cautioned, “While interesting, OS or post-progression survival findings should be considered hypothesis-generating at this point.”

Discussed the safety data in the S1320 trial, Algazi said, “We observed similar toxicity in both arms, despite decreased drug exposure in the intermittent arm.”

Algazi offered several potential explanations for why the trial was a “negative” trial, one being that there was less drug exposure in patients randomized to the intermittent-dosing arm. “But this was also true in the animal model of vemurafenib,” he noted, “And if this is a major differentiating factor, we have to assume that any benefit of intermittent therapy could not offset decreased drug exposure.”

A third explanation postulated by Algazi was that in these patients, non-MAPK resistance pathways may be the real issue. “It is possible that mechanisms that can be addressed with intermittent dosing are not the predominant mechanisms of treatment resistance in a broad human patient population.”

And the final hypothesis Algazi gave for the unexpected study outcome was that “it may take longer than 8 weeks for resistant clones to develop.”

Also commenting on the outcomes in a press release was Antoni Ribas, MD, PhD, the senior leader on the trial, the former chair of the melanoma research committee at SWOG, and the AACR president. He is also a professor of medicine at the David Geffen School of Medicine at the University of California Los Angeles, director of the UCLA Jonsson Comprehensive Cancer Center Tumor Immunology Program, and director of the Parker Institute for Cancer Immunotherapy Center at UCLA.2

"The idea of prescribing therapy intermittently made sense," Ribas stated. "Cancer cells wouldn't have enough time to get used to it, and become resistant—a notion that was supported scientifically by well-conducted studies in the laboratory. This clinical study illustrates the importance of ultimately testing hypotheses in human patients, which is the underlying reason for the existence of NCI-funded groups like SWOG."