Colorectal Cancer Treatment Twice as Costly in US Than Canada, Despite Similar Outcomes 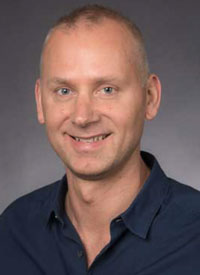 Hagen F. Kennecke, MD, MHA
A study that compared costs of treatment for metastatic colorectal cancer in Western Washington (WW) and the province of British Columbia (BC) in Canada found that prices were more than twice as high for the US patients than for their Canadian counterparts, with no significant difference in outcomes, investigators reported at the 2018 ASCO Annual Meeting.1

Investigators said the findings show that US oncologic care doesn’t have to be as costly as it is. “Both systems work,” Hagen F. Kennecke, MD, MHA, one of the study authors, said in a press release.2 “Patients are getting treated and surviving much longer than they used to. The US system is more expensive and treats more patients. One system is more cost-effective than the other. We can learn from each other.” Kennecke is the medical director at Virginia Mason’s Cancer Institute in Seattle, Washington.

Although patient demographics on both sides of the border were similar—mostly white, with a large Asian minority and with similar education and income profiles—findings were limited by the breath of patients studied. Patients on average were younger in the US cohort (median, 66 years vs 60 years), and more patients were included on the Canadian side.

The structure of the Canadian system of healthcare coverage was key to the findings, investigators noted, as the United States has mostly private, employer-sponsored plans and the elderly and economically disadvantaged depend on public coverage. In Canada, residents have universal public coverage with private coverage for ancillary services.

The study included 1622 patients with metastatic colorectal cancer in BC and drew from medical records compiled from 2010 to 2012.

The US portion of the study included data on 575 patients in WW from 2010 and 2016, and researchers did not have complete access to Medicare data. Instead, they drew records from private payers Premera Blue Cross and Regence BlueShield, which included partial Medicare data only for those who also had Medicare supplemental policies.

Between both groups, there was modest difference in the sex of patients included in the study. Male patients numbered 278 (48%) in the WW cohort and 922 (57%) in the BC group.

Overall, more patients in WW received initial systemic treatment (79% vs 68%), and researchers said this could possibly be attributed to the generally younger population studied in WW.

Survival was significantly shorter among those who were not treated with chemotherapy, but also similar between the 2 regions: 5.4 months in WW versus 6.1 months in BC.

The study was a collaboration between Fred Hutchinson Cancer Research Center and Canadian investigators. Although it is common knowledge that healthcare costs in the United States are higher, the study is possibly the first to evaluate costs and survival for a specific disease among demographically similar groups on either side of the border, investigators said.

“Beyond the chemotherapy costs, which you could imagine are going to be higher here, the novel piece is around treatments and survival,” said Veena Shankaran, MD, a member of the clinical research and public health sciences division at Fred Hutchinson Cancer Research Center in Seattle and a senior author of the study.

The Canadian government sets drug prices for its population, and the study authors concluded that allowing Medicare to negotiate drug prices may lead to decreased costs for US residents.

Investigators concluded that further study is needed to complete the picture of costs and outcomes in WW by adding Medicare patients to the cohort and comparing the number of lines of systemic therapy and total duration of systemic therapy.

“Care and outcomes for the uninsured [and those covered by] Medicaid and junk policies would likely demonstrate quite substantial differences reflecting limited access to care, poor quality, and poor outcomes,” said Gary Lyman, MD, MPH, who serves as codirector of the Hutchinson Institute for Outcomes Research, which was active in the research.