Teclistamab Appears Safe at All Doses for Relapsed/Refractory Myeloma Treatment

Dr. Usmani on Activity of Teclistamab in Relapsed/Refractory Multiple Myeloma 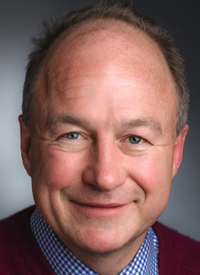 Paul Richardson, MD
Adding pomalidomide (Pomalyst) to bortezomib (Velcade) and low-dose dexamethasone (PVd) reduced the risk of disease progression or death by 39% in patients with relapsed/refractory multiple myeloma with prior exposure to lenalidomide (Revlimid), according to findings from the phase III OPTIMISMM trial presented at the 2018 ASCO Annual Meeting.

At a median follow-up of 16 months, the median progression-free survival (PFS) was 11.20 months with PVd compared with 7.10 months with bortezomib and low-dose dexamethasone (Vd) alone (HR, 0.61; 95% CI, 0.49-0.77; P <.0001). In subgroup analyses, the PFS benefit with pomalidomide was observed regardless of age, performance status, high-risk cytogenetics, number of prior therapies, and types of prior therapy.

“This study investigated a clinically relevant and growing patient population who received upfront lenalidomide but for whom lenalidomide is no longer a treatment option,” said lead investigator Paul Richardson, MD.

“The results support the use of PVd in first relapse patients with relapsed/refractory multiple myeloma and prior exposure to lenalidomide,” added Richardson, who is clinical program leader and director of Clinical Research, Jerome Lipper Multiple Myeloma Center at the Dana Farber Cancer Institute, RJ Corman Professor of Medicine, Harvard Medical School.

Patients were required to have received a minimum of 1 but not more than 3 prior treatments for myeloma, including a lenalidomide containing regimen for at least 2 consecutive cycles. The median number of prior treatment lines was 2. In the PVd arm, 40% of patients had 1 prior line of therapy compared with 41% in the Vd group.

In 21-day cycles, all patients received bortezomib at 1.3 mg/m² on days 1, 4, 8, and 11 of cycles 1 through 8, and on days 1 and 8 of cycle 9 and beyond. Dexamethasone was given to all patients at 20 mg/day (10 mg/day if aged >75 years) on the days of and following bortezomib treatment. In the experimental arm, patients received 4 mg/day of pomalidomide on days 1 to 14 of each cycle. The primary endpoint was PFS, with secondary endpoints including overall survival (OS), overall response rate (ORR), duration of response, and safety.

The most common reason for treatment discontinuation was progression disease, which led to treatment being stopped for 39.1% of the pomalidomide arm versus 47.1% of the control arm.

Pomalidomide is approved by the FDA for use in combination with dexamethasone for the treatment of patients with multiple myeloma who have received at least 2 prior therapies including lenalidomide and a proteasome inhibitor and have had disease progression on or within 60 days of completing their last therapy.
Richardson PG, Rocafiguera AO, Beksac M, et al. Pomalidomide (POM), bortezomib, and low‐dose dexamethasone (PVd) vs bortezomib and low-dose dexamethasone (Vd) in lenalidomide (LEN)-exposed patients (pts) with relapsed or refractory multiple myeloma (RRMM): Phase 3 OPTIMISMM trial. J Clin Oncol. 2018;36 (suppl; abstr 8001).
<<< 2018 ASCO Annual Meeting