Dr. Sznol on Managing Patients Beyond Initial Treatment in Melanoma 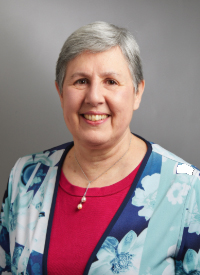 The expansion of Medicaid nearly eliminated racial disparities in time to cancer treatment, according to study results presented at the 2019 ASCO Annual Meeting. An analysis of the impact of the Affordable Care Act (ACA) Medicaid expansion on timely access to cancer care showed Medicaid expansion was associated with a 6.1 percentage point improvement in timely treatment for African American patients compared with 2.1 percentage point increase among white patients.

“Many studies have described racial disparities that exist in cancer care, but few have shown what types of interventions improve health equity—we now have evidence that Medicaid expansion can mitigate certain health disparities,” study author Amy J. Davidoff, PhD, MS, a senior research scientist in Health Policy and Management at the Yale School of Public Health and a member of the Yale Cancer Center in New Haven, Connecticut, said in a statement.

“We also know that uncertainty about having health insurance, especially for someone newly diagnosed with cancer, can make a big difference in getting appropriate care in a timely manner,” she added.

Beginning in 2014, the ACA permitted states to expand Medicaid coverage and provided subsidies for the purchase of private insurance for people who were not eligible for Medicaid enrollment. Medicaid provides 100% health care coverage for people with low incomes and is administered by the state.

To determine whether patients received treatment within in 30 days of diagnosis, Davidoff and her colleagues reviewed records collected by Flatiron Health on more than 30,386 patients aged 18 to 64 years diagnosed with cancer from January 2011 to January 2019. Patients were diagnosed with advanced or metastatic solid tumors including non–small cell lung cancer, breast, urothelial, gastric/esophageal, colorectal, renal cell, prostate, and melanoma. Patients were assigned to either expanded or not expanded groups based on whether the state where they lived had adopted Medicaid expansion at the time of diagnosis.

“Earlier this year, ASCO identified disparities, especially racial disparities, in access to care as a priority area of research for accelerating progress against cancer,” he said. “This study is a major step forward in developing our understanding of this complex issue so we can identify solutions to address it.”

Davidoff et al are now are developing models to predict comparing treatment outcomes with Medicaid expansion versus no expansion.

Earlier studies exploring the impact of Medicaid expansion showed that the percentage of cancers diagnosed at stage I increased by 1% across 4 cancer types, suggesting that access to health insurance can result in earlier cancer diagnoses. According to the adjusted prevalence ratios, the increase in stage I diagnoses from 2013 to 2014 was statistically significant for colorectal cancer (prevalence ratio = 1.04), female breast cancer (1.02), and lung cancer (1.06), but not for cervical cancer.2