Dr. Abou-Alfa on Ramucirumab as Second-Line Therapy for Hepatocellular Carcinoma 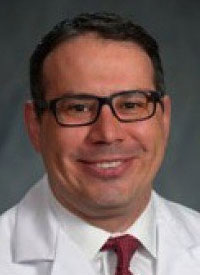 Nine of 10 patients with CLL receiving the triplet achieved a response, including 1 complete response (CR) and 8 partial responses (PRs), according to data from a phase I/II study presented at the 2018 ASH Annual Meeting. There were 2 CRs and no PRs among the 4 evaluated patients with RT.

Regarding the safety of the regimen, Mato said, “The triplet combination of umbralisib, ublituximab, and pembrolizumab was well tolerated. Immune-mediated toxicities were not increased above what would be expected with either umbralisib or pembrolizumab alone.”

The study was a phase I/II dose-escalation (3+3 design), multicenter trial exploring the PD-1 inhibitor pembrolizumab in combination with the PI3K-delta inhibitor umbralisib and the  anti-CD20 monoclonal antibody ublituximab.

Explaining the rational for the study, Mato said, “A key interaction exists between PI3K signaling and immune checkpoint surveillance by which inhibition of PI3K-delta decreases PD-L1 expression, suggesting potential synergistic activity between agents that block PD-L1/PD-1 and PI3K-delta.”

“To our knowledge, this is the first combination of a PD-1 inhibitor and PI3K-delta inhibitor [explored] in this patient population,” added Mato.

Patients enrolled on the trial had to have CLL with relapsed/refractory disease. An amendment after the study began required that patients be BTK refractory. Patients with RT had to be chemoimmunotherapy refractory or ineligible for high-dose chemotherapy. There was no limit to the prior number of treatment regimens received. Prior exposure to a PD-1 or PI3K inhibitor was allowed.

Among the 10 patients with CLL evaluable for safety and efficacy, the median age was 70 (range, 60-81), 6 were male, and 4 were female. All patients had an ECOG performance status of 0 or 1. Eight patients had at least 1 high-risk feature (del[17p], del[11q], TP53 mutation, NOTCH1 mutation, or complex karyotype). Patients had received a median of 2 (range, 1-4) prior treatment regimens. Six patients had prior BTK therapy (ibrutinib [Imbruvica] or acalabrutinib [Calquence]), with 5 of them being BTK refractory.

Patients with CLL received treatment in 3 stages. In the induction stage, patients received umbralisib at 800 mg daily and ublituximab at 900 mg on days 1, 8, and 15 of the first two 28-days cycles.

The regimen was completed with a maintenance phase in which umbralisib was continued at 800 mg daily beyond cycle 6 until unacceptable toxicity or progressive disease. The cycle length in the maintenance phase was 28 days.

Per study design, investigators assessed efficacy following cycles 2, 6, and 12. After 12 months of treatment, efficacy was assessed at the investigator’s discretion.

Treatment was different for patients with RT. These patients received all 3 study drugs beginning in cycle 1.  Patients received umbralisib at 800 mg daily starting on day 1, cycle 1. Ublituximab was administered at 900 mg on days 1, 8, and 15 of cycle 1; day 1 of cycles 2 through 4; and day 1 of cycles 7, 10, and every 3 cycles thereafter. Pembrolizumab was administered at a flat dose of 100 mg or 200 mg on day 3 of cycle 1 and day 2 of cycles 2 through 4. Treatment cycles were 28 days.

Investigators assessed efficacy in the RT population following cycles 2 and 4 and then every 3 cycles thereafter until month 12. Subsequent efficacy assessment was then conducted per investigator discretion.

Among all 15 patients across the trial, there was 1 dose-limiting toxicity (transient elevated liver function test [LFT]—resolved) at the 200 mg pembrolizumab dose in a CLL patient. The maximum-tolerated dose for the 3+3 study design had not been reached.