Dr. McCloskey on the Results of the ASCERTAIN Trial in MDS 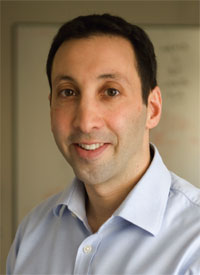 Patients with relapsed/refractory peripheral T-cell lymphoma (PTCL) who received a higher initial dose of duvelisib (Copiktra) at 75 mg BID had a higher overall response rate (ORR) of 62% compared with 40% in those who received 25 mg BID, according to data from the dose-optimization phase of the PRIMO trial (NCT03372057) presented at the 2019 ASH Annual Meeting.

Duvelisib, a dual PI3K-δ,γ inhibitor, showed activity in patients with relapsed/refractory PTCL and cutaneous T-cell lymphoma in small phase 1 studies, and was granted Fast Track Designation by the FDA for the treatment of PTCL who had received ≥1 prior therapy. The phase II trial was designed to determine an optimal regimen of duvelisib monotherapy in relapsed/refractory PTCL and to characterize the efficacy and tolerability of duvelisib in this disease.

“Early on we saw a strong signal of activity in patients with peripheral T-cell lymphoma with duvelisib in the phase 1 study,” said Steven M. Horwitz, MD, a medical oncologist at Memorial Sloan Kettering Cancer Center, during his presentation at the meeting.1

The primary end point for the dose-optimization phase is investigator-assessed ORR and for the dose expansion phase it is ORR by blinded independent review committee (IRC). The dose-optimization phase enrolled 33 patients with relapsed/refractory PTCL who had received ≥2 cycles of 1 prior therapy that did not include a PI3K inhibitor. Patients received duvelisib at 25 mg BID (cohort 1, n = 20) or 75 mg (cohort 2, n = 13). Patients had a median time of 1.5 years from initial diagnosis and a median of 2 prior therapies.

Pharmacokinetic (PK) analysis demonstrated a dose-related increase in exposure, with about a 2-fold increase in the steady-state exposure of duvelisib at the 75 vs 25 mg BID dose. No differences were observed in pharmacodynamic markers (pAKT in monocytes and B cells) at 25 and 75 mg dose levels.

“One of the questions was ‘Is there an optimal dose for the T-cell lymphoma and is that dose different from the FDA-approved dose?’” said Horowitz, a medical oncologist at Memorial Sloan Kettering Cancer Center, New York, NY “The short conclusion is that for these aggressive diseases, starting with the high dose is better, probably due to more reliable early PK to control aggressive disease and reduce the risk of early progression.”

The expansion phase of the PRIMO trial will investigate duvelisib starting at 75 mg BID for 2 cycles to achieve rapid tumor response, followed by 25 mg BID to maintain long-term disease control and mitigate the potential for later onset toxicity, with a target enrollment of 100 patients.

“Of course when we have a targeted agent [like duvelisib] if we can understand the use, our long-term goal is to move these into combination therapies where we can have the greatest impact on what happens to patients," Horwitz concluded.