Dr. Goy on the Approval of Pembrolizumab in PMBCL 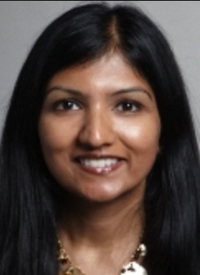 The combination of rigosertib and azacitidine (Vidaza) demonstrated improved response rates over single-agent azacitidine in patients with higher-risk myelodysplastic syndrome (MDS), including patients naïve to a hypomethylating agent (HMA) and those who were refractory to HMAs, according to findings presented at the at the 2019 European Hematology Association (EHA) Congress.1 The responses following combination treatment were both rapid and durable.

“In HMA-naïve patients, oral rigosertib at doses of 840 mg or more per day, administered with azacitidine, was associated with an overall response rate of 90% and, importantly, a complete response rate of 34%,” commented Shyamala C. Navada, MD, assistant professor of medicine, hematology, and medical oncology, Icahn School of Medicine at Mount Sinai in New York.

Azacitidine represents the current standard first-line therapy in higher-risk MDS where an overall response rate (ORR) of up to 50% has been observed. Since most patients ultimately relapse with successful treatment, different drug combinations have been tested; so far, none have shown a superior response or outcome over azacitidine monotherapy. The lack of efficacy may be explained by limited treatment exposure due to the toxicity that accompanies these combinations.

“Novel combinations that are better tolerated are required to improve the clinical outcome in patients with MDS,” she said.

Rigosertib is a Ras-mimetic that binds the Ras-binding domain in Ras effector proteins thereby inhibiting the PI3K and PLK cellular signaling pathways. In vitro, the combination of rigosertib and azacitidine inhibits growth and induces apoptosis of leukemic cells. Extensive in vitro analysis was done to determine the sequence of administration that provided optimal synergy, which resulted in a schema of 4-week cycles of sole rigosertib administered twice daily prior to the combination followed by single-agent rigosertib and 1 week of no treatment.2

Navada noted that oral rigosertib added to standard-dose azacitidine was well-tolerated by both HMA-naïve and HMA-failure patients with MDS. The combination provided improved efficacy in a phase I/II study with daily doses of rigosertib at 560 mg (morning) and 280 mg (evening). The ORR was 77%, which improved to 88% in HMA-naive patients, and was lowered to 60% in the HMA-failure group. However, an increase in genitourinary (GU) adverse events (AEs) was noted.

Based on the observation that rigosertib at a higher dose of 1120 mg/day provided improved ORR in patients with lower-risk MDS,3 this dose level was investigated in expanded cohorts,4 and subsequent studies using risk-mitigation strategies to reduce GU AEs were done.5

In this phase II trial, patients with MDS were treated with rigosertib at 840 mg or 1120 mg plus standard-dose parenteral azacitidine at 75 mg/m2/day for 7 days starting on day 8. Both cohorts included patients with HMA-naïve and HMA-refractory MDS. The median age of the patients was 69 years (ranges, 42-90) and 59% of patients were male. The IPSS classification was intermediate-1, intermediate-2, high, and unknown in 32%, 35%, 28%, and 4% of patients, respectively. Thirty-five patients had received prior HMA therapy, which consisted of azacitidine in 35%, decitabine in 8%, and both in 4% of patients.

Navada pointed out: “The median duration of response in patients failing HMA was approximately 11 months, which is important since the historic median overall survival is approximately 4 to 6 months.”