Dr. Lopategui on the Evolution of Targeted Therapies in NSCLC
Dr. Husain on Common Misconceptions in Lung Cancer
Dr. Rodriguez-Abreu on Updated Results From the KEYNOTE-189 Trial in NSCLC 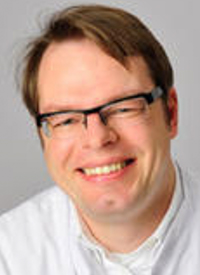 The initial overall survival (OS) analysis of the phase III MYSTIC trial of first-line durvalumab (Imfinzi) alone or in combination with tremelimumab compared with platinum-based chemotherapy in patients with metastatic non–small cell lung cancer (NSCLC), may have been confounded by high rates of post-study immunotherapy given in the control arm, according to an exploratory analysis presented at the 2019 European Lung Cancer Congress.1

“This exploratory analysis was performed to determine the true effect of durvalumab, and the results suggest that the high rate of subsequent immunotherapy received by patients in the chemotherapy arm confounded the primary OS outcome,” said lead study author Niels Reinmuth, MD, leader of the Thoracic Oncology Department, of the Asklepios Lung Clinic in Munich-Gauting, Germany, in a presentation during the conference.

In the primary analysis, first-line durvalumab alone or combined with tremelimumab improved OS with platinum-based chemotherapy in patients with metastatic NSCLC, but it did not reach statistical significance. The primary MYSTIC analysis showed a numerical OS improvement in patients with tumor cell (TC) PD-L1 expression ≥25% with durvalumab versus chemotherapy (HR, 0.76; 97.54% CI, 0.56–1.02; P = .036).2

“A clinically meaningful improvement in overall survival was seen with durvalumab compared to chemotherapy; however, the overall survival findings did not reach statistical significance,” commented Niels Reinmuth MD, of the Asklepios Lung Clinic in Munich-Gauting, Germany, in a presentation during the conference.

In the phase III, randomized, open-label, MYSTIC trial (NCT02453282), researchers enrolled immunotherapy-/chemotherapy-naïve patients with metastatic NSCLC and ≥25% PD-L1 expression who were randomized 1:1:1 to receive durvalumab monotherapy at 20 mg/kg (n = 163); or durvalumab at 20 mg/kg plus tremelimumab at 1 mg/kg (n = 163), each given every 4 weeks for 4 cycles; or to up to 6 cycles of platinum-based chemotherapy (n = 162). In-study crossover from chemotherapy to a durvalumab arm was not allowed, but treatment was permitted at disease progression.

Reinmuth and colleagues explored whether subsequent immunotherapy received primarily by patients in the chemotherapy arm may have confounded the OS results and masked the true efficacy of durvalumab. The investigators confined this exploratory analysis to data comparing durvalumab monotherapy to chemotherapy and used 3 statistical models to assess the effect on OS of immunotherapy received post-study: the rank preserving structural failure time (RPSFT) method, the inverse probability of censoring weighting (IPCW) method, and a 2-stage method.

“A markedly higher proportion of patients on chemotherapy received subsequent immunotherapy for disease progression than in the durvalumab arm,” commented Reinmuth.