Cabozantinib Maintains Efficacy in Advanced RCC Irrespective of Prior Treatment

Dr. Plimack on Updated Findings of the KEYNOTE-426 Study in RCC 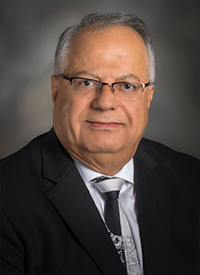 No new safety signals emerged at the long-term follow-up, with safety data remaining consistent with both the primary study analysis and historical data with these agents in RCC.

“The results from this 30-month follow-up from the CheckMate-214 study are meaningful as they continue to demonstrate that in patients with advanced renal cell carcinoma, a population with considerable unmet treatment needs, there is potential for long-term survival benefits with the combination of nivolumab and ipilimumab,” CheckMate-214 investigator Nizar M. Tannir, MD, FACP, department of Genitourinary Medical Oncology, Division of Cancer Medicine, The University of Texas MD Anderson Cancer Center, said in a statement.

The updated data from CheckMate-214 were accepted for presentation at the 2019 Genitourinary Cancers Symposium. In the open-label trial, patients were randomized 1:1 to receive the combination of 3 mg/kg of nivolumab plus 1 mg/kg of ipilimumab every 3 weeks for 4 doses, followed by 2 weeks off in every cycle (n = 425) or sunitinib at 50 mg once daily for a 4-weeks-on/2-weeks-off schedule (n = 422). After completion of 4 doses with the combination, nivolumab was given 240 mg intravenously every 2 weeks over 30 minutes or 480 mg every 4 weeks over 60 minutes until disease progression or unacceptable toxicity.

The coprimary endpoints were OS, ORR, and progression-free survival (PFS) as determined by an independent radiographic review committee in intermediate- and poor-risk patients.

Based on the primary CheckMate-214 data analysis, the FDA approved the combination of nivolumab and ipilimumab in April 2018 as a frontline treatment for intermediate- and poor-risk patients with advanced RCC.