Dr. Kuruvilla on Findings From the KEYNOTE-204 Trial in Hodgkin Lymphoma

Dr. Thiel on Protecting Patients and Providers From COVID-19 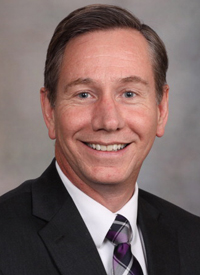 Immune checkpoint inhibitors have scored impressive hits against Hodgkin lymphoma (HL) in recent years, but looking beyond these gains, there is a need for a more complete victory over this disease, Stephen M. Ansell, MD, PhD, told a gathering at the 2018 Pan Pacific Lymphoma Conference in Maui, Hawaii.

“We’re learning lessons from the biology of Hodgkin lymphoma. That gives us opportunities to do things—to create combinations that will benefit patients,” said Ansell, chair of the Lymphoma Group at the Mayo Clinic in Rochester, Minnesota.

He discussed the efficacy of PD-L1 blockade in HL, patient treatment that has encouraged him to look for deeper solutions, alternative drug combinations that appear to be making headway, and potential avenues of discovery for the future.1

Ansell cited the case of a patient with HL who called him one night to announce that his treatment with nivolumab (Opdivo) was working. The patient had, among other symptoms, lymphadenopathy, and he explained that his armpits were no longer itching. Sure enough, it turned out that his HL was on the retreat, but after a 2-year course of treatment, the disease was not completely gone. After an interim, he went back on the drug and his progress has seesawed since then.

“As an immunologist I was super disappointed,” Ansell said. It was clear that despite efficacy of treatment, the immune cells were not demonstrating sufficient immunological memory. “If you really have an immune system that saw something it didn’t like, it would create memory cells, and every time it saw that antigen it would go nuts and focus in and kill it right away.” The other thing Ansell found disturbing was that it appeared that patients would have to be treated throughout their lifetimes.

Results of both trials contributed to the notion that a new paradigm had been achieved in treatment of cHL. However, “What’s disappointing here is it’s not really a plateau. Patients are slowly progressing, telling us we did something right,” but didn’t solve the problem, Ansell said.

The phase I JAVELIN study tested avelumab (Bavencio) as a selective binder to PD‐L1 in r/r HL. The ORR for all 31 patients was 41.9%, and partial response in 25.8%, Ansell noted. The median time to response was 1.5 months (range 1.4 – 6.2).4 “Overall, you can tell that the majority of patients are benefitting. I’m not sure whether you’re seeing a different outcome whether you block on the ligand side or the receptor side,” he said.

Reed-Sternberg cells tend to be surrounded by macrophages that overexpress PD-L1 and interfere with effector cells that mount an immune response. However, “a number of patients have a copy number gain or an amplification of the locus, resulting in overexpression of PD-L1 and PD-L2, but that actually is associated with responses. It does tell us that these very high PD-L1 expressing patients are the ones who have the greatest degree of benefit,” Ansell said.

“PD-L1 is actually shed and secreted into the bloodstream, and so you can have an effect at a distant site from this high PD-L1 expression. It might be important not only to block PD-L1 at the tumor site but in the macro environment, too,” he added.

This has been attempted by combining the immune checkpoint inhibitors nivolumab and ipilimumab (Yervoy). Nivolumab works as a PD-L1 blocker and ipilimumab targets the immune system downregulating action of CTLA-4. In CheckMate 039, this resulted in an ORR of 74% (n = 23) and a CR rate of 19% (n = 6).5 “But does that really look different than nivolumab [action] alone? It’ll take a randomized trial to show that. There may be some modest increment in benefit,” Ansell said.