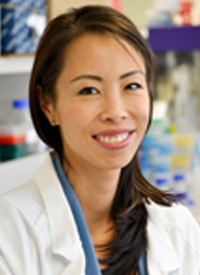 PANACEA (SG 45-13/BIG 4-13/KEYNOTE-014) accrued patients with centrally confirmed HER2-positive breast cancer, ECOG performance status of 0 or 1, and measurable disease per RECIST 1.1. There was no limit on the number of prior systemic therapies, and patients had to have progressed on trastuzumab (Herceptin) or T-DM1 (ado-trastuzumab emtansine; Kadcyla).

Treatment was administered until progression, unacceptable toxicity, patient withdrawal, investigator decision, or a maximum of 2 years.

At a median follow-up of 13.6 months, 3 (5%) patients remained on treatment and 46 (84%) patients had discontinued treatment. Some of the reasons for discontinuation included adverse events (AEs; n = 6), withdrawal of consent (n = 1), patient deterioration (n = 1), and death due to progressive disease (n = 1).

Loi noted that, “In the PD-L1+ cohort, the patients were numerically younger and there was a higher frequency of ER-negative disease.”

There were no responses in the PD-L1–negative group. Two patients had SD, 9 had progressive disease, and 1 was not evaluable.