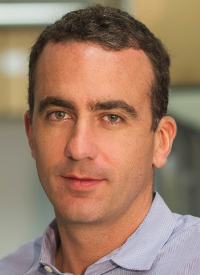 The use of circulating tumor-cell (CTC) counts demonstrated strong value for selecting endocrine therapy versus chemotherapy for patients with estrogen receptor–positive, HER2-negative metastatic breast cancer, according to data presented at the 2018 San Antonio Breast Cancer Symposium.

In the double-arm, randomized trial, investigators used a CTC cutoff value to determine frontline therapy and concluded that where there was high concordance between clinician’s choice of therapy and therapy based on CTC values, there was little difference in progression-free survival (PFS) and overall survival (OS).

However, in cases of high discordance between the CTC recommended therapy and clinician’s choice, there was a trend toward superior results for frontline chemotherapy versus hormone treatment.

“In the ‘90s, we had trials that showed that chemotherapy was not superior to endocrine therapy, and since that time endocrine therapy has been the preferred first-line treatment for most patients in the absence of primary endocrine resistance or serious concern about patient prognosis,” said lead author Francois-Clement Bidard, MD, PhD, professor of medical oncology at Institut Curie in Saint Cloud and the University of Versailles, France.

The primary endpoint of the trial was to demonstrate PFS noninferiority between clinically-driven and CTC-driven arms in the trial, which enrolled 778 patients. Secondary endpoints were OS and subgroup analyses, which evaluated concordance versus discordance in recommended therapies.

Respective OS rates were 82.1% versus 81.4%. “The main point is, if you are in the overall population, you are not making any mistake if you rely on the CTC count to make a decision,” Bidard said.

In the analysis of the concordant groups where clinicians’ choice of therapy agreed with the CTC-based selection, outcomes were also similar. For patients with CTC scores <5 and those whose clinicians chose was hormone therapy, the median PFS was 17 months versus 18 months, respectively, and the OS was 88.4% versus 89.0%. For those who received chemotherapy, median PFS was 11.1 months for the CTC arm versus 12.4 months for control, and OS was 71.0% versus 62.7%, respectively.

Taking the results for the discordant groups together, there is a slight advantage for chemotherapy in the equivocal setting, or where CTC-based recommendations and clinicians’ choices disagree, Bidard said. “Basically, if you use frontline chemotherapy, which has been dismissed for a long time, it can be a very suitable option for patients with unfavorable characteristics, such as a high CTC count.”

Bidard said that another reason this finding is important for physicians and patients is because from country to country and practice to practice and physician to physician, choices of hormone versus chemotherapy tend to vary widely and there is a need for clearer guidelines and standards. CTC counts, based on the results of this study, should be incorporated into the selection process and have the potential to change the standard of care, he said.