FDA Grants Priority Review to Tucatinib in HER2+ Breast Cancer

SABCS Showcased Novel Agents in the HER2+ Breast Cancer Armamentarium

Dr. Crew on Treatment in Favorable-Risk HER2+ Breast Cancer

Dr. Lin on CNS-Specific Outcomes With Neratinib in HER2+ Breast Cancer

Dr. Hamilton on the DESTINY-Breast01 Trial in HER2+ Breast Cancer 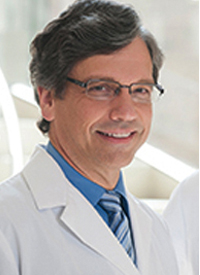 Results from the phase III KATHERINE study showed that the 3-year invasive disease-free survival (iDFS) rate was 88.3% with T-DM1 versus 77.0% with trastuzumab (HR, 0.50; 95% CI, 0.39-0.64; P <.001). The iDFS benefit with T-DM1 was upheld across key patient subgroups, according to results presented at the 2018 San Antonio Breast Cancer Symposium and simultaneously published in the New England Journal of Medicine.1,2

“Adjuvant T-DM1 demonstrated both a statistically significant and clinically meaningful improvement in iDFS compared with trastuzumab,” said study author Charles E. Geyer, Jr, MD, professor of Medicine at Virginia Commonwealth University School of Medicine, associate director for clinical research and Harrigan, Haw, Luck Families Chair in Cancer Research at Massey Cancer Center.
“Additional follow-up will be necessary to evaluate the effect of T-DM1 on overall survival,” added Geyer, “But the strength of the data that we are seeing today makes it likely that the KATHERINE results [with T-DM1] will form the foundation of a new standard of care in this population and substantially increase use of neoadjuvant therapy in HER2-positive early breast cancer.”

The open-label KATHERINE trial included 1486 patients with centrally confirmed HER2-positive, nonmetastatic, invasive primary breast cancer who were found to have residual invasive tumor in the breast or axillary nodes at surgery after completing neoadjuvant chemotherapy. Neoadjuvant chemotherapy had to consist of ≥6 cycles of chemotherapy containing a taxane (with or without anthracycline) and ≥9 weeks of trastuzumab.

“One of the remarkable findings [of this study] is there really is a striking homogeneity of consistency in terms of the efficacy in all these various subgroups,” said Geyer.

Regarding toxicity, Geyer said, “Safety data were consistent with the known toxicities of T-DM1, with expected increases in manageable adverse events associated with T-DM1 compared to trastuzumab.”

In a discussion session following his data presentation, Geyer addressed a question on whether trastuzumab alone is the current standard for this high-risk patient population, or whether it is trastuzumab plus pertuzumab.

“That would be variable globally. Pertuzumab is becoming used more frequently. If you’ve used the 2 antibodies preoperatively, they tend to be carried postoperatively. But [given] the fact that [T-DM1] has a 50% reduction in hazard versus trastuzumab, [it] is just very unlikely that pertuzumab could have that much benefit in this patient population,” explained Geyer.

T-DM1 is currently approved by the FDA for the treatment of patients with metastatic HER2-positive breast cancer who previously received trastuzumab and a taxane, either alone or in combination.