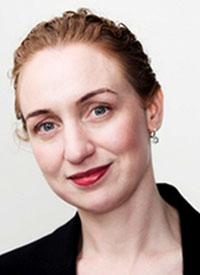 Subgroup analyses from the phase III CheckMate-067 trial identified potential biomarkers in patients who achieved a complete response (CR) with the combination of nivolumab (Opdivo) and ipilimumab (Yervoy) but later progressed, according to Georgina V. Long, BSc, PhD, MBBS, FRACP.1 Now, investigators are working to answer more questions about this group of patients.

“We are planning to try and understand more about the patients who are doing really well at 5 years,” said Long. “We are doing what we call a regression analysis to understand what major features at baseline play into why or why not a patient will be alive at 5 years.”

In CheckMate-067, patients with previously untreated stage III or IV melanoma were randomized 1:1:1 to receive either the combination of nivolumab and ipilimumab followed by nivolumab; ipilimumab alone; or nivolumab monotherapy.

Five-year outcomes data presented at the 2019 ESMO Congress showed that at a minimum follow-up of 60 months, the nivolumab-containing arms continued to demonstrate improved overall survival (OS), progression-free survival, and response compared with ipilimumab alone.2 Furthermore, descriptive analyses showed that median OS was not reached with the combination, 36.9 months with nivolumab alone, and 19.9 months with ipilimumab alone.

Subgroup analyses presented at the 16th International Congress of the Society for Melanoma Research (SMR) showed that patients who were alive at 5 years were an enriched population who were more likely to have achieved a CR, have a normal level of lactate dehydrogenase (LDH) at baseline, and have a low number of metastatic sites. Of all patients alive at 5 years in all treatment groups, 61% to 65% had ≥1 poor prognostic factor and 24% to 28% had ≥2 poor prognostic factors.

In an interview with OncLive® during the conference, Long, co-medical director of Melanoma Institute Australia (MIA), chair of Melanoma Medical Oncology and Translational Research at MIA and Royal North Shore Hospital, University of Sydney, discussed the findings from a subgroup analyses of the CheckMate-067 trial.

OncLive®: What are the current treatment options for patients with advanced melanoma?

Long: For patients with advanced melanoma, the approved drugs in many countries around the world include 2 types of treatments: immunotherapy and targeted therapy. The targeted therapies include BRAF plus MEK inhibitors for those who carry the BRAF mutation in their tumor, which is about 40% of all patients with advanced melanoma. Immunotherapies work in all patients, whether they are BRAF wild-type or BRAF-mutant. I should clarify that immunotherapies don’t work in all patients, but they are potentially available for all of them. Immunotherapies include checkpoint inhibitors—the anti–CTLA-4 agents like ipilimumab, and the anti–PD-1 agents, such as nivolumab or pembrolizumab (Keytruda). We also have the combination of ipilimumab with nivolumab as an option for patients.

What was the rationale for studying nivolumab plus ipilimumab in advanced melanoma?

We have known for some time that anti–CLTA-4 and anti–PD-1 [agents] can be synergistic. Although they are both checkpoint inhibitors, they act at different time points in the activation of the immune system. Anti–CTLA-4 acts at a rather early time point when we activate T cells against a foreign antigen. Anti–PD-1 is a checkpoint that works later on in the activation of a T cell, [when] the T-cell army is ready to kill the tumor; that checkpoint works to unleash the killing of a T cell.

We now have 5-year OS data for this randomized, 3-arm trial. They showed that the landmark survival at 5 years remains high for the combination of ipilimumab and nivolumab at 52%. The 5-year OS with nivolumab alone is 44%, and ipilimumab is lower at 26%. With the analysis that we presented, we tried to understand who the patients alive at 5 years are. What are their features? Is there anything in the clinic that will tell us if patients are more likely to be alive at 5 years or not?

What were the results from this subgroup analysis?

When we looked at the descriptive analysis of subgroups, those alive at 5 years are an enriched population who were more likely to have had a CR, a more normal LDH at baseline, and a lower number of metastatic sites. Patients who achieve a CR, have low-volume disease, and a normal LDH at baseline tend to do better on all of our drugs. Indeed, we see this with the combination of ipilimumab and nivolumab, as well as with nivolumab alone. That was 1 finding from the study. That doesn’t mean if patients have poor prognostic features that they won’t be alive at 5 years; they can, but it’s enriched for patients [with those other factors].

We then delved into who the 20% of patients who progressed after a CR were. We saw some features that were, again, associated with a poor prognosis; [for example] patients who had N1c melanoma in organ sites, for instance, outside the lung. Also, patients who had noncutaneous melanoma or acral melanoma were more likely to progress after a CR. Although these are small numbers, we saw all of those same poor prognostic features.

We also delved into things like stopping treatment early and [using] lots of corticosteroids [to manage] toxicities, [to see if they] had an impact on whether [a patient] progressed after a CR. We are now looking into that further, as there may be a relationship between corticosteroids and duration of treatment, and how well a patient maintains a CR.

Those are the main findings of the trial. Five-year OS is excellent, particularly with nivolumab plus ipilimumab (52%) and nivolumab alone (40%). The patients who are surviving to 5 years are enriched for good prognosis, and in those who have a CR, the vast majority remain in CR up to 5 years. Twenty percent of patients have progressed, and they tend to be those with poorer prognostic features at baseline.

What does the toxicity profile look like with this combination?

We do see [more] toxicity with the combination compared with nivolumab monotherapy. With the combination, we see a rate of grade 3/4 TRAEs of just under 60%. Many of those events are reversible with corticosteroids. The ones that are not reversible tend to be the endocrinopathies, such as thyroid, hypopituitary, and rarely, type 1 diabetes. However, these events can be managed with replacement drugs, such as thyroid hormone, corticosteroids, or insulin for the diabetes. All of [those events] can impact quality of life.

[The combination] is certainly more toxic, and we see fewer grade 3/4 TRAEs with nivolumab alone. Less than 20% [of patients] experience grade 3/4 TRAEs, but it is a similar pattern in that most of the TRAEs are reversible with the cessation of treatment. Sometimes you need steroids to reverse those events, but the endocrinopathies are not reversible. However, [in those cases], you are able to replace the hormone.

What will you be looking into next with this combination?

Looking ahead, where do you see the field headed?

We have done well. We have come from seeing a 5-year OS rate of less than 5% 10 years ago to now, over 50% with the combination, although [that benefit] comes with toxicities. Our next step is to raise that bar higher. We do want to work towards seeing a 100% [survival rate] and 0 deaths from melanoma. The platform we believe is most exciting in the melanoma field is the neoadjuvant platform. Here, we can assess doublets and triplets of novel therapies within 6 weeks and have a pathologic response readout, which we have already correlated with relapse-free survival for immunotherapies. With that benchmarked, we can make a decision about whether we should further explore combinations and triplets.

Some exciting combinations are coming up. We know that tumor-infiltrating lymphocyte therapy after PD-L1 progression seems to have activity. We are looking at other targets as well; VEGF may complement our checkpoint inhibitors. Many intralesional treatments on the innate immune system are under investigation. There is a lot of activity in this space and we hope to achieve 0 deaths from melanoma [in the future].