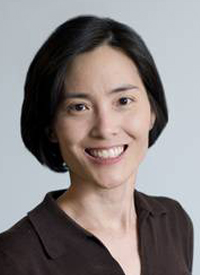 Alice T. Shaw, MD, PhD
In August 2007, researchers in Japan described a new molecular aberration in non–small cell lung cancer (NSCLC): a chromosomal inversion that resulted in ALK gene fusions.1 Less than 4 years later, crizotinib (Xalkori) gained FDA approval for patients with ALK-rearranged NSCLC. And today, there are 3 more ALK-targeting drugs on the market and an application pending for what would be the fifth agent in this class (Timeline).

Such rapid and prolific drug development has been remarkable for NSCLC, a tumor type that just a decade ago had few treatment options. Beyond that, the trajectory of advancements for this subset of patients with the malignancy, estimated at 3% to 7% of those with NSCLC, has helped define a new model of drug development for the genomic era.

The field reached another milestone recently with the publication of the first mature phase III overall survival (OS) data for an ALK inhibitor. Updated findings showed that after a median follow-up of 46 months, the probability of survival at 4 years for patients who received crizotinib during the pivotal PROFILE 1014 trial was 56.6% compared with 49% for those who had received chemotherapy.2 Adjusting for the patients randomly assigned to chemotherapy who crossed over to crizotinib upon progression (144 of 171 patients; 84.2%) revealed a nearly 65% improvement in OS with crizotinib therapy (HR, 0.346).