Dr. Brody on In Situ Vaccinations for Hematologic Cancers 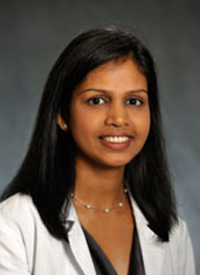 Charu Aggarwal, MD, MPH
Head and neck squamous cell cancer (HNSCC) is relatively uncommon in the United States compared with other malignancies such as non–small cell lung cancer (NSCLC) and breast cancer. There are about 500,000 cases worldwide every year. The majority of patients present with locally advanced disease, and most of them are treated in the multidisciplinary setting with multimodality approaches combining surgery, radiation, and chemotherapy. Human papillomavirus (HPV)-associated head and neck cancer has emerged as an almost separate disease entity, with a distinct tumor biology, patient characteristics, and a lack of associated conventional risk factors—such as smoking and drinking—typically associated with HNSCC.

A greater understanding of the immune microenvironment in HNSCC and the availability of active agents in the form of anti–PD-1/PD-L1 antibodies have made immunotherapy an attractive option for advanced HNSCC. Carcinogenesis-associated head and neck cancer, often seen in the HPV-negative setting, has many similarities to other tobacco-induced cancers such as lung cancer and bladder cancer. One of the characteristics is high mutational burden, which we know, based on several studies in melanoma and NSCLC, is associated with a higher response to immunotherapy, including improvements in PFS and OS. HPV-positive disease has a distinct biology. Despite its usual location within the lymphoid organ, it is able to escape immune detection and does so by several mechanisms, including upregulation of PD-L1, infiltration of tumor-infiltrating lymphocytes, and high expression of the PD-L1 receptor on T cells, all of which can promote adaptive resistance.
... to read the full story
To Read the Full Story
REGISTER
LOG IN