Precision Medicine: The Next Paradigm Shift in MCL

Dr. Jain on Next Steps for Venetoclax in Relapsed MCL

Dr. Miklos on Development Process for KTE-X19 in MCL

Dr. Jain on Response and Resistance to Venetoclax in Relapsed/Refractory MCL
OncologyLive > Vol. 20/No. 18 >

Andre Goy, MD
Having a doctor tell you there’s a cure for your cancer is one thing. Having him inspire you with confidence to fight is another. That’s the gift Jerry Paragano, 79, received in 2010 when he went to Andre Goy, MD, MS, for a second opinion about his stage IV mantle cell lymphoma (MCL). Paragano had previously been told that he had 6 months to a year to live. Fortunately, he got a referral to Goy, an oncologist-hematologist and innovator at John Theurer Cancer Center (JTCC) in Hackensack, New Jersey, part of the Hackensack Meridian Health (HMH) network. 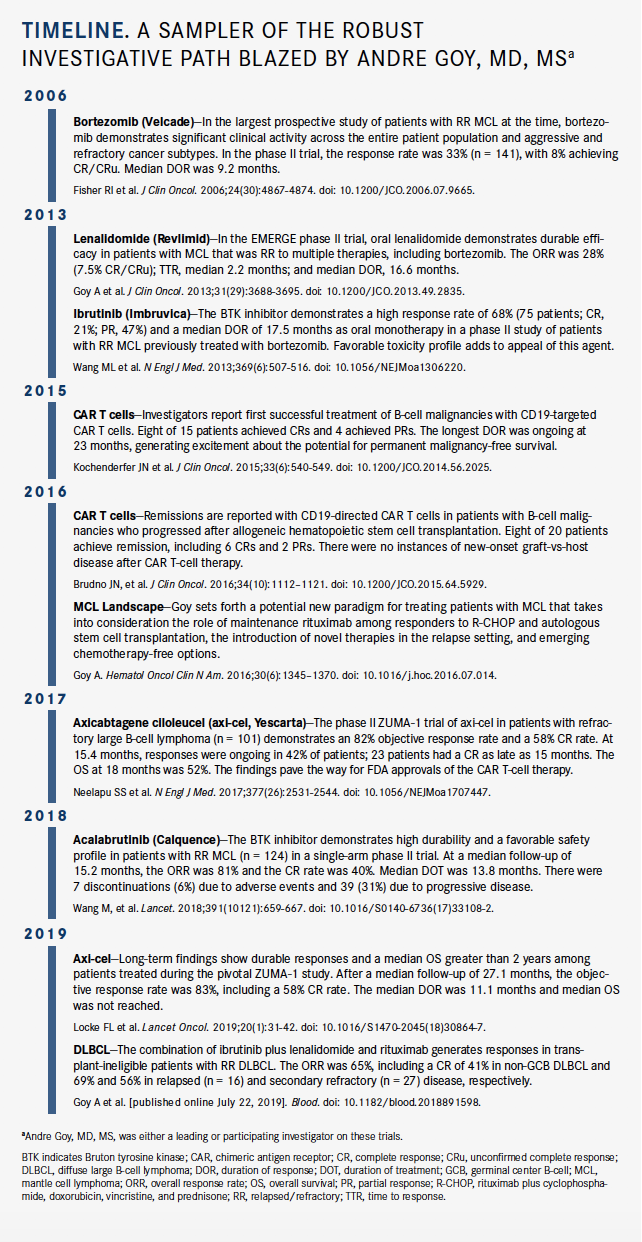 “We have performed well over 7500 BMTs [bone marrow transplants] and have been involved in CAR T-cell therapies since the early days together with the NCI and Steven Rosenberg team,” noted Goy, referring to the immunotherapy pioneer and 2013 Giants of Cancer Care® award winner.