Ghaith Abu-Zeinah, MD, shares what inspired the study examining IFN vs standard strategies, key findings from the research, and the clinical implications of these data on the PV treatment paradigm. 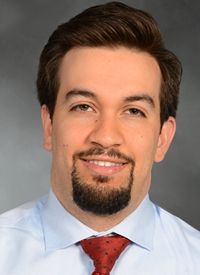 Interferon-alpha (IFN) resulted in a significantly higher myelofibrosis-free survival (MFS) in patients with low-risk polycythemia vera (PV) vs hydroxyurea or phlebotomy only, and those with high-risk disease experienced a greater overall survival (OS) benefit with the agent compared with the other standard-of-care approaches, according to Ghaith Abu-Zeinah, MD.

Results from a single-center retrospective study showed that in the overall patient population, those who received treatment with IFN experienced a median MFS of 23.8 years and a median OS of 26.3 years.1 Moreover, patients with PV experienced a 20-year MFS rate of 61%, as well as a 20-year OS rate of 69%.

“In high-risk patients, we did find that there was an improvement in OS for those treated with IFN; it was actually quite significant,” Abu-Zeinah, a hematologist and oncologist at Weill Cornell Medicine, said. “[Some] patients in the high-risk group were treated with phlebotomy only, which we know now is not the standard of care; but, of course, the standard of care was really controversial for the longest time. Patients treated with phlebotomy alone had a very poor survival. That being said, this is important for both low-risk and high-risk patients.”

In an interview with OncLive®, Abu-Zeinah shared what inspired the study examining IFN vs standard strategies, key findings from the research, and the clinical implications of these data on the PV treatment paradigm.

OncLive®: What inspired this research effort with IFN vs standard-of-care approaches in PV?

Abu-Zeinah: Several factors [led to this study]. For one, there is a difficulty in conducting clinical trials in PV with the end point of survival. We all know survival is important. Patients want to live longer and healthier, and we want [that for them, as well]. Currently, it is difficult to study survival as an end point in PV trials because of its chronicity. This is a disease that has a course of several years and potentially decades.

We are now diagnosing [this disease] either earlier on or in younger patients. Due to that, I think it is very important, especially for those who are diagnosed at a younger age, to be treated appropriately with a regimen that can give them the longevity that they need. What inspired this research is the need for defining whether a drug can prolong survival in PV, but specifically looking at IFN.

We have had a long history, and a rich experience, using [IFN] for the treatment of [patients with] PV at our center, and also in other places around the world since the 1980s. With that being said, we have the advantage of having [over] 30 years of data to answer the question: Does IFN treatment in PV prolong survival of patients?

Also, the surrogate end point for survival, which is MFS, has never really been validated as a surrogate end point for survival. If the patient does not develop myelofibrosis, does that mean that they will live longer? It does logically seem to be true and connected. If patients do not develop fibrosis, then they [should] live a longer, healthier life. We looked at both end points.

What did the demographics look like for the patients included in the study? How did they impact findings?

We did notice that women with PV have a significantly better survival compared with men; hazard ratio [HR] of 0.54 for mortality. That is not the first time this has been shown. This has actually been noted before, that men with myeloproliferative neoplasms [MPNs] have a higher mortality than women. There might be some interesting questions to ask as to why that is and how we could use that information to understand the factors that influence survival in PV, and MPNs in general.

Aside from that, I would say that age, of course, is an important demographic to discuss. Our IFN-treated group of patients [had] a younger median age than our patients [who were treated with] hydroxyurea. That is why it was very important in our study that we actually split up the analysis into low- vs high-risk—which partially corrects for age differences by selecting [patients aged] over 60 years and under 60 years—and compare within age groups; however, it does not fully correct for that. The model that does correct for that is the multivariable model where age is included as a variable. Independent of age, we found that IFN improved MFS. It also turns out that older age is associated with higher mortality. That is the most important demographic information related to the clinical study results.

What efficacy did IFN demonstrate across the different cohorts examined?

Over the course of the study, we had found that patients who were treated with IFN, both the young and older patients, had benefitted [from treatment]. In the low-risk patients, those under the age of 60 who have never had a blood clot before, IFN treatment was associated with a significantly high MFS; [this] was both clinically and statistically significant. The OS difference, again, is a little bit harder to analyze. In younger patients, we found that at 20 years, 100% of [those who received] IFN [and were] low risk were alive.

Whereas, if you look at the other groups, where low-risk patients were treated with hydroxyurea or phlebotomy, they only had a fairly good survival of 85% and 80%, [respectively]; however, that difference was not statistically significant. I emphasize the difficulty in determining statistical significance when we are talking about long lifespan—an infrequent event—and the requirement for larger numbers to actually prove that association. [However, we did see] a benefit in terms of MFS in that risk group.

What did you find out in terms of duration of treatment with IFN?

We wanted to know whether the duration of being on IFN therapy actually mattered. By incorporating duration, we also included patients who have received a different form of treatment and then switched to IFN. Are those patients seeing a benefit? If you look at the intention-to-treat survival curves, you cannot really account for the crossover that happens between treatment groups. Whereas, if you look at the time on therapy, you can actually account for patients who received multiple treatments. You want to assess how long their survival is according to how long they have received a treatment.

We found that the duration of treatment with IFN was associated with a significant reduction in mortality and myelofibrosis progression. The HR is in the range of 0.91 and 0.94, which really translates into a 9% risk reduction of myelofibrosis and a 6% reduction in mortality per year of treatment. We did the same with hydroxyurea to see whether there was a difference or a benefit [with regard to duration], and we did not see a significant improvement in mortality or myelofibrosis progression. [With] all of that put together, we have come to the conclusion that IFN in yields both an improvement in MFS and OS in patients with PV.

What would you say is the clinical significance of these findings?

This project [and its results] has a purpose that I feel we, as an MPN community, need to unify together and make recommendations that are based on evidence, [to achieve] the [maximum] benefit and longevity for our patients. One of the criticisms [of this work] is [that it] was not a randomized, controlled trial. [My hope] is that I have convinced the [community] that we cannot wait until the clinical trial results tell us whether a very safe drug can prolong survival or not before we use it. It is a safe drug that has been used for decades and has a good [historical] track record. What I urge the MPN community [to do] is incorporate this into guidelines of recommendation for treatment. Young patients should be offered this treatment at an early age and not wait until they become high risk, turn 60, or experience a thrombotic event.

Let's reform the guidelines and start recommending IFN for our young patients who are eligible for it. Of course, some patients do not want [IFN] or may not be candidates for it [and] we need to acknowledge that. However, [the agent] should be offered to patients, both younger and older. 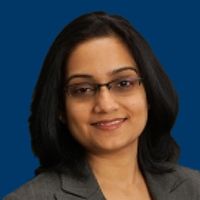 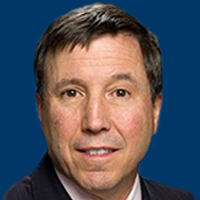