Adjuvant treatment with neratinib or ado-trastuzumab emtansine resulted in a greater reduction in the risk of disease recurrence compared with other therapies in an epidemiologic model of HER2-positive, early-stage breast cancer. 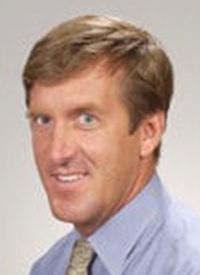 Adjuvant treatment with neratinib (Nerlynx) or ado-trastuzumab emtansine (Kadcyla; T-DM1) resulted in a greater reduction in the risk of recurrence compared with other therapies in an epidemiologic model of HER2-positive, early-stage breast cancer (ESBC), according to data presented during the 2021 San Antonio Breast Cancer Symposium.1

Of patients with ESBC, 15% to 20% will be HER2-positive. HER2-positivity is associated with more aggressive disease and an increased risk of recurrences. Currently, the standard of care is 1 year of trastuzumab with chemotherapy. Up to 24% of patients experience recurrence, according to data from long-term follow-up studies. The median follow-up was 11 years.

Disease-free survival cursed from the trials were used to estimate the risk of distant recurrence when available. For the 2 subgroup analyses where they were missing, invasive disease-free survival curves were used. Both observed and estimated curves were extrapolated to the standard 10-year follow-up period. Additionally, investigators assumed that prevention of recurrence did not continue beyond the follow-up period.

The analysis found that the higher-risk populations had a greater absolute benefit of treatment. Over the 10-year time horizon, distant recurrences avoided per 1000 women ranged from 11 to 65. The no pathological complete response (pCR) in the intent-to-treat (ITT) and the no pCR HR-positive populations of the KATHERINE study and the no pCR/HR-positive population of the ExteNET study had the greatest modeled absolute treatment benefit.

Overall, a range of reductions in distant recurrence from HER2-targeted agents was observed. The analysis is ongoing to quantify the uncertainty of the modeled estimates. However, being able to estimate absolute treatment benefit over a standardized timeframe can help to better understand benefits across heterogeneous breast cancer trials.