The utilization of mitotane in the adjuvant setting did not produce significant benefit for patients with adrenocortical carcinoma at low or intermediate risk of recurrence. 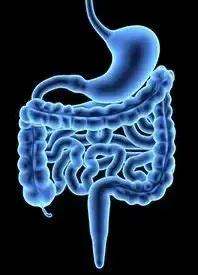 The utilization of mitotane (Lysodren) in the adjuvant setting did not produce significant benefit for patients with adrenocortical carcinoma (ACC) at low or intermediate risk of recurrence, according to findings from the phase 3 ADIUVO trial (NCT00777244) presented at the 2022 ASCO Genitourinary Cancer Symposium.

“Adrenocortical carcinoma is an extremely rare malignancy with an expected incidence of about 0.7 [to] 2 new cases per million population per year in the western countries,” explained lead author Alfredo Berruti, MD, during the presentation of the data. “Surgery is the main stay of therapy; however, due to the rarity, the diagnosis is often delayed so that the surgery is usually feasible in about 50% of patients [who] have presentation. Even if radically operated [on, patients with] adrenocortical carcinoma are at high risk of relapse.”

Ninety-one patients were enrolled in ADIUVO, all of whom had stages I to III ACC, had undergone R0 resection, and had a Ki-67 percentage of 10.

The primary end point of ADIUVO was recurrence-free survival (RFS), and the secondary end points were overall survival (OS) and safety.

If patients refused randomization, they were eligible for enrollment in the ADIUVO OBSERVATIONAL study. This was a prospective study, where patients were managed in parallel with the ADIUVO study without the aspect of randomization. Of these patients, 42 received adjuvant mitotane and 53 went untreated. Similarly, baseline characteristics were matched between the 2 arms. This cohort was evaluated with the ADIUVO cohort to make up for low patient recruitment.

Results of the ADIUVO study showed that there were 8 recurrences in the adjuvant mitotane arm and 11 recurrences in the observation arm at a median follow up of 48 months. There were also 2 deaths in the adjuvant mitotane arm and 5 deaths in the observation arm; however, there was no significant difference between the RFS and OS when comparing the 2 arms.

As for the ADIUVO OBSERVATIONAL study, results confirmed those of ADIUVO. The number needed to treat (NNT) was determined as 55.

Given a 5-year RFS of 75%, the authors of this study pointed out that the findings do not support postoperative adjuvant mitotane treatment in patients with ACC at low-intermediate risk of recurrence, and that these outcomes provide “an important step toward personalization of ACC care.”

In his concluding remarks, Berruti said, “Of course, the smaller size than planned due to early interruption and the low accrual rate is the main limitation of this trial, however it should be noted that patients meeting the eligibility criteria of the ADIUVO trial have a relatively good outcomes, since they have a 25% risk of relapse and 14% risk of death at 5 years. So, 70% of patients could potentially be cured with surgery only.”