Tanios S. Bekaii-Saab, MD, FACP: Rachna, I know we discussed with you and Mark a little bit the world as it’s evolving around the perioperative setting but there’s quite a bit of interest in the adjuvant setting. We know we’ve been disappointed with an agent that’s mildly active, but what is your view about the evolving world of adjuvant therapies and resectable HCC [hepatocellular carcinoma] specifically?

Rachna Shroff, MD: It’s an area of obviously great interest and I do agree that the natural tendency is always for us to think through perioperative as opposed to just specifically adjuvant. To Mark’s point, a very small percentage of these patients are really amenable to upfront resection, but some of the excitement surrounding it, and there was a study that was presented, the NIVOLVE's trial, which was done in Japan. It looked at 55 patients who had undergone surgical resection or radiofrequency ablation and then received adjuvant nivolumab [Opdivo]. The data again, it was 55 patients, specifically in Japan, you have to put all of that in that context, but the data was certainly provocative. The median recurrence-free survival was a little over 2 years, it was 26 months and that has generated some buzz and excitement. The jury remains out given that that was really just a small study. There’s a lot of ongoing trials right now that are going to hopefully answer this question and everybody had to get into the race, so there’s studies that are specifically looking at patients who undergo complete resection or ablation and are receiving adjuvant IO [immunotherapy] like adjuvant pembrolizumab [Keytruda] as well as combination approaches so looking at bevacizumab [Avastin] and atezolizumab [Tecentriq] in the adjuvant setting, looking at durvalumab [Imfinzi] plus or minus bevacizumab in the adjuvant setting. These are all ongoing and accruing. The fact that they are slowly accruing speaks to the problem of just having patients who can undergo these complete resections and undergo complete ablation or ablation and are eligible for adjuvant treatments. I do think it’s going to take some time. It’s great that they’re global studies because the point is well taken that we can’t just look at one subset and make generalizable statements. It’s an important question. I just don’t know how quickly we’re going to get the readout and if some of the readout is going to be irrelevant by the time we get the readout. 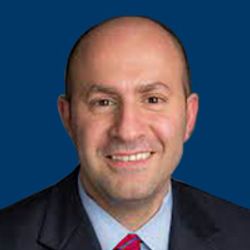 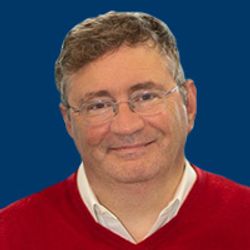