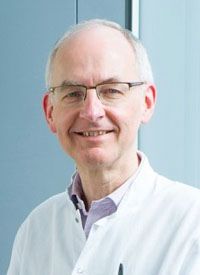 Fewer patients with CNS metastases at baseline in the alectinib group (n = 152) experienced a worsening in health-related QoL compared with those taking crizotinib (n = 151) starting at week 4 (10.8% vs 20.6%). This superior performance for alectinib continued for most assessments, conducted every 4 weeks during treatment, through week 84 (0% vs 16.7%).

In addition, at week 32, a smaller proportion of patients reported worsening in cognitive function with alectinib than with crizotinib (17.9% vs 34.6%, respectively.)

Overall, there was a longer duration of improvement in health-related QoL for those taking alectinib versus crizotinib (88 weeks vs 68 weeks).

Investigators said the results are significant because improving QoL for patients during treatment should be a goal in itself, as opposed to targeting the tumor without being able to mitigate harsh symptoms for patients. “In this context of palliating advanced lung cancer, living better is as important, if arguably not more important, than living longer,” said Fiona Blackhall, MD, honorary consultant in medical oncology, The Christie NHS Foundation Trust, Manchester, United Kingdom. “And for this reason, patient-reported outcomes and health-related QoL are crucial to assess and analyze.”

In advanced lung cancer, the symptom burden is high, including cough, breathlessness, and chest pain.

The patient-reported data was consistent with the earlier-reported, main findings of the study. “The primary analysis showed a similar response rate for crizotinib and alectinib, but a longer duration of response with alectinib,” said lead author Maurice Pérol, medical oncologist, Centre Léon Bérard, Lyon, France. “This is consistent with the improvements in health-related QoL and lung cancer symptoms, which were of similar magnitude in both groups but lasted longer with alectinib.”

Based on results from the ALEX study, the FDA approved alectinib in November 2017 for the frontline treatment of patients with ALK-positive metastatic NSCLC. Compared with crizotinib, alectinib improved progression-free survival (PFS) by 47% (hazard ratio [HR], 0.53; 95% CI, 0.38-0.73; P < .0001) in the trial, as assessed by an independent review panel. The FDA also gave full approval to alectinib for patients with ALK-positive NSCLC who have progressed on or are intolerant to crizotinib, converted from an accelerated approval.1

In the ALEX trial, alectinib not only extended the time that people lived without worsening of disease compared to crizotinib but also markedly reduced the risk of cancer spreading to the brain or CNS.

In the ALEX trial, researchers at 161 locations in 31 countries randomly assigned treatment-naïve patients to twice daily dosages of 600 mg of alectinib or 250 mg of crizotinib. Median PFS, as determined by an independent review committee, was 25.7 months (95% CI, 19.9 to not reached) in the alectinib arm versus 10.4 months (95% CI, 7.7-14.6) in the crizotinib arm.

“The high level of CNS activity shown with alectinib in the primary analysis is consistent with the fact that fewer patients treated with alectinib reported clinically meaningful worsening in health-related QoL or cognitive function compared to crizotinib,” Pérol said in remarks about the findings reported at ELCC.

“Finally, the superior tolerability profile of alectinib compared to crizotinib shown in this analysis is consistent with the adverse events profile recorded during the study,” he said.

In the results that led to the FDA approval, Alectinib was associated with fewer serious AEs. In the ALEX trial, 41% of patients assigned to alectinib experienced grade ≥3 AEs compared with 50% in the crizotinib group. Additionally, AEs leading to discontinuation (11% vs 13%), dose reduction (16% vs 21%), and dose interruption (19% vs 25%) were all lower with alectinib.2