The past decade has seen a change in the tide for patients with bladder cancer with the introduction of checkpoint blockade and molecular profiling. 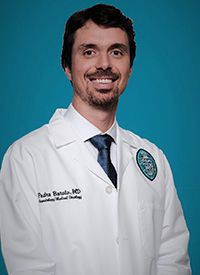 The past decade has seen a change in the tide for patients with bladder cancer with the introduction of checkpoint blockade and molecular profiling. These advances have moved beyond the one-size-fits-most approaches of intravesical chemotherapy and BCG instillation, and investigators have ridden the waves of improvements for patients across histologies to address unmet needs in recurrent or residual disease and in cisplatin-ineligible patient populations.1,2

Standard of care still dictates the necessity of maximal transurethral resection of bladder tumor to aid in pathology and staging of disease; however, investigators have also been exploring ways to get patients to therapy faster, rather than waiting and relying on results of tissue analyses.1

“What’s challenging in the field right now is the pace of updates. Every 6 months or so, we’re seeing new, important data in urothelial carcinoma, specifically in the advanced setting, but even in the nonmetastatic setting, which changes the way we think of the disease and changes the way we should treat patients,” Pedro C. Barata, MD, MSc, said in an interview with OncologyLive®. “A challenge that we need to overcome as a community is to make sure we are up to speed with these new data and the importance of novel therapies available for our patients.”

JAVELIN Bladder 100 Shakes Up the Standard of Care

Barata, a genitourinary medical oncologist at the University Hospitals Seidman Cancer Center in Cleveland, Ohio, noted that practice-changing data arrived 2 years ago with the JAVELIN Bladder 100 trial (NCT02603432). Platinumbased chemotherapy is considered the standard of care in advanced disease and is associated with modest survival benefit, with up to 50% of patients experiencing objective response and up to 80% achieving disease control; however, most patients go on to develop treatment resistance.3

Investigators sought to evaluate the effect of maintenance avelumab (Bavencio) in patients with locally advanced or metastatic urothelial cancer following completion of firstline chemotherapy. Patients enrolled on the study received 4 to 6 cycles of gemcitabine plus cisplatin or carboplatin, followed by avelumab (n = 350) or best supportive care (n = 350).

Chemotherapy remains the best treatment option for patients to date, but the results of JAVELIN Bladder 100 have integrated chemoimmunotherapy as a marker of success in the front line, signaling the added importance of testing, according to Guru P. Sonpavde, MD. “Determining PD-L1 status is cheap. It’s a lot cheaper than doing genomic profiling of the tumor [and] takes much less time. It’s very practical and a way to identify patients who may or may not benefit [from a PD-L1 inhibitor],” Sonpavde said in an interview with OncologyLive®. He is the director of genitourinary oncology and the Christopher K. Glanz Chair for Bladder Cancer Research at the AdventHealth Cancer Institute in Orlando, Florida.

Sonpavde added that PD-L1 status, coupled with other factors, will play into treatment decision-making. “For example, a patient who has a very high, unfavorable neutrophil lymphocyte ratio—which is a poor prognostic factor—or a patient with reversible metastasis or low PD-L1 [status], these might not be the patients you want to start with the first-line PD-1 inhibitor,” he said. “This is something to think about it, especially when you have many options in these settings. Should you be giving an immune checkpoint inhibitor, or should you be giving other drugs, such as enfortumab vedotin-ejfv [Padcev], which is available in the second- and third-line settings? I think that this is a model that could be useful in the clinic when you have many options in front of you.”

Shifts in the Sequencing

As advances push chemoimmunotherapy into the front line, a domino effect has triggered changes in the second-line setting as well. However, for patients who are cisplatin ineligible, effective treatment options represent a significant unmet need.

“We’re moving checkpoint inhibitors into the front line with avelumab. That means that second-line therapy used to be checkpoint inhibitors, and now we’re getting other options upon progression,” Barata said, adding that the classic definition for treatment was whether patients were cisplatin eligible or ineligible. “The paradigm is really changing because it’s possible [to administer] checkpoint inhibitors much sooner than we started a few years ago and we can get antibody-drug conjugates that were really not an option for us just 3 or 4 years ago.”

Several trials have added data with strong clinical significance in the past year, highlighting the need to stay on top of presentations and published findings (Table4-8).

Standard criteria for patients who are cisplatin ineligible include those with poor renal function, grade 2 or greater hearing loss, poor ECOG performance status, cardiovascular disease, or peripheral neuropathy.2 The development of antibody-drug conjugates (ADCs) to fill this void in treatment for metastatic urothelial carcinoma led to enfortumab vedotin, which binds to the protein NECTIN4 and has a payload of monomethyl auristatin E.4

The agent demonstrated activity as a single agent in the phase 2 EV-201 trial (NCT03219333) in cisplatin-ineligible patients with locally advanced or metastatic urothelial cancer who had received prior PD-1/PD-L1 inhibitors. The FDA approved the agent based on the confirmed overall response rate (ORR) of 52% (95% CI, 40.8%-62.4%) among 125 patients. Subgroup analyses demonstrated responses in those with primary tumor sites in the upper tract (ORR, 61%), those with with liver metastasis (ORR, 48%), and those who did not respond to prior PD-1/PD-L1 inhibitors (ORR, 48%).4,5

The agent also demonstrated synergy in combination with immunotherapy, specifically pembrolizumab (Keytruda) in cohort K of the phase 1/2 EV-103 trial (NCT03288545) in the first-line setting.9

“Enfortumab vedotin and pembrolizumab as monotherapy have each shown antitumor activity with a survival benefit in pretreated patients with locally advanced or metastatic urothelial cancer,” Jonathan E. Rosenberg, MD, said in an interview with OncologyLive®. “Enfortumab vedotin/pembrolizumab was previously evaluated in the EV-103 dose-escalation cohort A [n = 40], which showed encouraging safety and efficacy activity with a response rate of 73.3%.” Rosenberg is chief of the Genitourinary Oncology Service in the Division of Solid Tumor Oncology at Memorial Sloan Kettering Cancer Center, and a professor of medicine at Weill Cornell Medical College in New York, New York.

“The OS in that cohort was an impressive 26.2 months, which is roughly at least double what you might expect with gemcitabine- and carboplatin-based regimens in historical data and probably, I suspect, better than the current treatment paradigm of chemotherapy followed by maintenance avelumab, although there have not been any randomized trials,” Rosenberg added.

Sonpavde noted, “What we’ve seen so far suggests that the enfortumab vedotin/pembrolizumab combination in the first line for cisplatin-ineligible patients is quite active. We believe that this could potentially have a practice impact.” He added that the EV-103 trial also evaluated a cohort of patients who received firstline atezolizumab (Tecentriq) or pembrolizumab, which might be an option in select patients.

Sacituzumab govitecan-hziy (Trodelvy) is another ADC with accelerated approval for the treatment of patients with metastatic urothelial carcinoma with disease progression on platinum-based chemotherapy and a checkpoint inhibitor.6 This population represents another group of patients who do not have durable treatment options following standard of care.

Tyrosine kinase inhibitors (TKIs) may also influence the treatment landscape for patients who are cisplatin ineligible or experience disease progression on an immune checkpoint inhibitor, as demonstrated in findings from the multicenter, phase 1b COSMIC-021 trial (NCT03170960), in which participants received cabozantinib (Cabometyx) plus atezolizumab.10

Biomarkers Leave a Trail for Investigators

The rapid uptake of molecular testing is starting to signal even more nuances in the treatment of bladder cancer, with retroactive and prospective analyses revealing actionable targets in the space.

FGFR3 is an attractive therapeutic target in bladder cancer given the 10% to 30% prevalence of FGFR3 aberrations (activating mutations or aberrant gene fusions) in these tumors and their preclinical sensitivity to FGFR-targeted therapy.11 Further, FGFR3 aberrations lead to oncogenic signaling through the MAPK and PI3K pathways. Activating mutations in FGFR3 occur in 10% to 20% of muscle-invasive bladder cancers.11

The FGFR TKI erdafitinib (Balversa) was FDA approved for the treatment of adult patients with locally advanced or metastatic urothelial cancer with susceptible FGFR3 or FGFR2 genetic alterations who have progressed on platinum-containing chemotherapy, including within 12 months of neoadjuvant or adjuvant platinum-containing chemotherapy.12 The decision was based on data from the phase 2 BLC2001 trial (NCT02365597).

The absence of POU2F2 may be predictive of response to maintenance avelumab in patients with advanced or metastatic urothelial carcinoma, according to findings from an analysis of peripheral blood samples taken in the JAVELIN Bladder 100 trial.13 POU2F2, a transcription factor with known roles in B-cell maturation and participation in T-cell dependent humoral immunity, was strongly associated with the T-effector signature.13

The analysis showed that POU2F2 expression in the tumor was linked to a survival benefit with maintenance avelumab. The benefit was highest in patients who had POU2F2 expression and a tumor mutation burden above the median threshold of 7.66 nonsynonymous single- nucleotide variants per Mb (HR, 0.69; 95% CI, 0.51-0.93). Moreover, the absence of the POU2F2 loop in the blood samples was also associated with a better survival benefit with maintenance avelumab (HR, 0.62; 95% CI, 0.36-1.08).13

The median survival probability for the 22 patients who received avelumab and did not have POU2F2 expression but did have a low tumor mutation burden was 36.99 months vs 13.6 months for the 18 patients who only received BSC.13

Another agent making a move in the treatment of patients with metastatic urothelial carcinoma is disitamab vedotin (RC48-ADC), a humanized anti-HER2 ADC.8 Under investigation in 2 studies, the agent is for patients with HER2-positive disease documented as immunohistochemistry (IHC) 2+ or 3+.

The 2 single-arm phase 2 studies (RC48-C005 [NCT03507166] and RC48-C009 [NCT03809013]) enrolled 107 patients with metastatic urothelial carcinoma, with 64.5% having received at least 2 lines of systemic chemotherapy. Patients received disitamab vedotin at 2 mg/kg intravenously every 2 weeks. The confirmed ORR with the ADC per blinded independent review committee was 50.5%.8 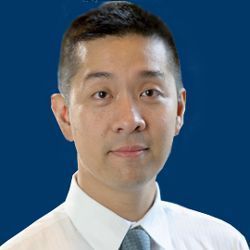