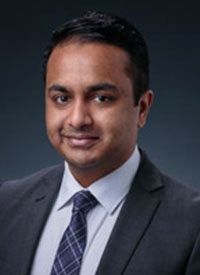 This variance, said the lead investigator of the analysis, Anis Hamid, MBBS, offers the potential to employ a precision medicine approach to treatment selection in mHSPC by tailoring treatment to the patient’s disease subtype.

The phase III CHAARTED trial randomized patients with mHSPC to androgen-deprivation therapy (ADT) with or without docetaxel. Hamid et al successfully used gene expression profiling on 160 available specimens of patient biopsies. Of these specimens, the subtypes were classified as luminal B (50%), basal (48%), and luminal A (2%).

According to Hamid et al, there was a significant improvement in overall survival (OS) and time to castration resistant prostate cancer in patients with the luminal B subtype who received ADT plus docetaxel; however, there was not an OS benefit with ADT plus docetaxel in the group with the basal subtype. Thus, Hamid et al concluded that patients with luminal B disease benefit from the addition of docetaxel, while those with basal disease do not seem to have improved outcomes with the additional upfront treatment.

In an interview with OncLive, Hamid, a medical oncologist and genitourinary oncology research fellow at the Dana-Farber Cancer Institute, discussed the analysis of genomic profiling from the phase III CHAARTED trial, and the burgeoning potential of precision medicine in mHSPC.

OncLive: Could you provide some background on the CHAARTED trial?

Hamid: The CHAARTED trial was a phase III randomized trial of men with newly diagnosed mHSPC. This trial was reported about 6 years ago, and before that time, the standard of care for men with metastatic disease was androgen deprivation therapy or hormonal therapy. The CHAARTED trial showed that the addition of docetaxel therapy given at the start of diagnosis significantly improved the survival of men with newly diagnosed metastatic prostate cancer.

Since the CHAARTED trial and related trials, such as STAMPEDE and so forth, docetaxel became the standard treatment for men with metastatic prostate cancer. Since that time, a number of different treatments have been introduced in a similar setting, including potent hormonal therapies such as abiraterone acetate (Zytiga), enzalutamide (Xtandi), and apalutamide (Erleada).

What can you tell us about the luminal B subtype?

We know a little about luminal and basal subtypes from initial work done in localized nonmetastatic prostate cancer where luminal A, luminal B, and basal subtypes compromised approximately a third each in that population. What we saw with the CHAARTED population in the mHSPC population is that there were few luminal A tumors and most of the tumors were either luminal B or basal.

Luminal B tumors were associated with a shorter survival on hormonal therapy alone. However, that subtype specifically benefited from docetaxel chemotherapy upfront. On the other hand, basal tumors were associated with a relatively better prognosis compared to luminal B tumors, but when we looked at their outcomes with chemotherapy, we didn’t observe a significantly beneficial response to upfront chemotherapy. In this way, it looks like luminal B and basal subtyping not only have prognostic effects but also has a predictive potential.

What do you think are next steps?

This analysis is interesting, and it has generated a lot of hypotheses and excitement. What is critical is that we take the next step and validate it in independent cohorts. When we develop a biomarker to choose or tailor therapies more precisely for our patients. It’s really important we select biomarkers that have been proven and are reproducible independently. We have collaborated with other groups and other clinical trials that have run similar investigations in this exact disease space to perform similar RNA analyses of their trials in order to test this hypothesis again. We are not quite ready for primetime, but it is giving us some initial insights about the biology.

The second part of that question is we want to dig further into the biology here. We have made some classifications about response and these luminal or basal subtypes, but we need to learn a little bit more about other biological programs and other correlations in place that explain the chemotherapy sensitivity or chemotherapy insensitivity of these disease subtypes.

Are there other therapies that may be showing benefit for the luminal B subtype?

We know that the luminal B subtype appears to benefit from docetaxel. One of the important questions is whether these luminal B and basal subtypes respond similarly with potent hormonal therapies that we have in clinic, such as abiraterone, enzalutamide, or apalutamide. Luckily, we are partnered with trials that have tested these drugs in a prospective setting, and hopefully, we will learn once we have more information from the RNA profiling of those studies.

Are there any other unanswered questions that you hope to answer in the near future?

In terms of the development of a more precise way of mHSPC, the data we have at this stage is only related to gene expression profiling, which is what was been presented at the symposium. We want to know other ways of biological information, namely what is happening with the tumor genomics, what are the mutational characteristics of these tumors that may be affecting prognosis, or the predictive effects that we hypothesize there are with certain genomic alterations. There are layers of biological information about genomics, such is epigenomics, and how, for example how demethylation might affect treatment response and prognosis. What we are hoping to do is integrate multiple layers of biological information across independent cohorts to get a more multidimensional view of the biomarkers that might guide precision care for these patients.

What is it like to see these precision medicine developments make a lot more headway in prostate cancer?

It is exciting to see precision medicine being translated to prostate cancer. We have always known that, for example in the case of chemotherapy, there are certain subpopulations of patients that benefit and sub-populations of patients that do not. We have tested this in ways that are more clinically driven, like volume of metastatic disease, but almost certainly there will be biological parameters that can guide our treatment decisions better to hopefully make our decision more precise.

This is the way that oncology is moving across the board. We are refining the way we treat patients and approach different therapies being informed by not only the clinical information we have but also the biological information and drug response information, and [other details]. It is all in the view of getting the best therapies to patients that are going to have a benefit from it and finding better therapies for patients who are not predicted to benefit from those particular drugs.