ARV-471 monotherapy elicited a significant clinical benefit rate in patients with estrogen receptor–positive/HER2-negative locally advanced or metastatic breast cancer who had undergone prior hormonal therapy and chemotherapy, including those with ESR1 mutations. 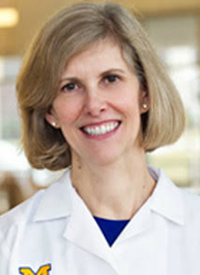 ARV-471 monotherapy elicited a significant clinical benefit rate (CBR) in patients with estrogen receptor (ER)–positive/HER2-negative locally advanced or metastatic breast cancer who had undergone prior hormonal therapy and chemotherapy, including those with ESR1 mutations, according to expansion cohort analysis from the phase 1/2 VERITAC trial (NCT04072952) presented by Anne F. Schott, MD, at the 2022 San Antonio Breast Cancer Symposium.1

ARV-471 is a protein degrader, which causes degradation secondary to ER conformational changes or immobilization and differs from selective ER degraders such as fulvestrant (Faslodex).

“The mechanism of action of ARV-471 may provide more robust ER degradation, which may translate to stronger antitumor effects,” Schott, a professor of medicine at the University of Michigan Health and associate director of clinical research at the Rogel Cancer Center in Ann Arbor, Michigan, said in her presentation.1

At baseline, 57.7% of patients had mutant ESR1 and 35.2% had wild type. Overall, patients were heavily pretreated with a median of 3 prior lines of therapy in the metastatic setting. All patients received prior CDK4/6 inhibitor therapy per the inclusion criteria, 90.1% received prior aromatase inhibitors, and 78.9% were previously treated with fulvestrant. These characteristics were similar in both dosage groups.

The majority of treatment related adverse events (TRAEs) were mild or moderate. Overall, 34% of patients had grade 1 TRAEs, 31% had grade 2 TRAEs, and 7% experienced grade 3/4 level TRAEs.

“The proportions of grade 1, 2, and 3 or higher TRAEs were similar in the 2 dosing groups,” Schott said. The most common TRAEs were fatigue, nausea, arthralgia, hot flushes, and increased aspartate aminotransferase (AST) levels. “Apart from one grade 3 fatigue event, all were grade 1 or 2,” said Schott.

PFS was evaluated in the overall population and the ESR1-mutation positive population for both dose levels combined. The 500-mg arm, which started enrollment after the 200-mg arm, was not mature at the time of data cut off of June 6, 2022, and was not evaluated.

“Based on the totality of the data, including comparable efficacy, favorable tolerability, and robust ER degradation, ARV-471 at 200 mg was selected as the phase 3 monotherapy dose,” Schott said. The phase 3 VERITAC-2 trial is planned to enroll 560 patients and will evaluate ARV-471 at 200 mg vs fulvestrant at 500 mg with a primary end point of PFS by blinded independent central review and secondary end points of OS, ORR, DOR, and CBR.