The identification of oncogenic driver mutations in non–small cell lung cancer to inform targeted therapy selection is the bedrock of clinical practice in this disease, with current estimates suggesting that more than half of patients harbor an actionable mutation.

Over the past 2 decades, non–small cell lung cancer (NSCLC) has become a poster child for precision oncology. The identification of oncogenic driver mutations to inform targeted therapy selection is the bedrock of clinical practice in this disease, with current estimates suggesting that more than half of patients harbor an actionable mutation.1

Yet lung cancer is a genomically complex malignancy and there is significant heterogeneity in the clinical behavior of tumors defined by the same oncogenic driver. As investigators have begun to unravel this complexity, co-occurring mutations have emerged as a potential explanation for some of the intradriver heterogeneity, particularly in patients with KRAS-mutant NSCLC, a notoriously “undruggable” subtype.2,3

The tumor suppressor gene STK11 is mutated across numerous cancer types,4 but has attracted significant attention in recent years as one of the most commonly co-mutated genes observed in KRAS-mutant NSCLC.2,3 Mutations in the STK11 gene are thought to promote metabolic rewiring in cancer cells, which not only enhances tumor growth and survival but also may be a key driver of therapeutic resistance.5,6

Mutations in another gene involved in regulating metabolic pathways, KEAP1, are closely linked to loss of liver kinase B1 (LKB1); somatic mutations in STK11 and KEAP1 commonly co-occur with each other and with KRAS mutations in NSCLC.2 Although the roles of these co-mutations as prognostic biomarkers and predictors of treatment response remain controversial,7 their presence could guide novel therapeutic options.

The glutaminase inhibitor telaglenastat (CB-839) is designed to target the metabolic rewiring common in cancer cells, including those with STK11 or KEAP1 mutations. Ongoing phase 2 trials of telaglenastat are examining its potential as a treatment for patients with NSCLC and other solid tumors with STK11 and/or KEAP1 mutations. Telaglenastat is among several novel agents being evaluated in clinical trials in biomarker-defined subsets targeted to these mutations (TABLE).

Found on chromosome 19, the STK11 gene encodes LBK1, a serine/threonine kinase member of the calcium calmodulin family, which is ubiquitously expressed. LKB1 is activated via a phosphorylation-independent allosteric mechanism through the formation of a heterotrimeric complex with 2 accessory proteins, STRAD and MO25. Its activity is fine-tuned through a number of other interaction partners and post-translational modifications that remain poorly understood.5,8,9

LKB1 is implicated in a range of cellular processes, including cell cycle control, cell polarity, and the DNA damage response, but its best characterized role is in maintain-ng cellular energy homeostasis through activation of AMPK and at least 12 AMPK-related kinases.5,6,9

In conditions of energy deprivation, LKB1 activates AMPK, which shifts the balance of metabolic activity away from adenosine triphosphate (ATP)–consuming anabolic activities, such as lipid and protein synthesis, toward ATP-generating catabolic processes. Activated AMPK does this by phosphorylating a plethora of key proteins involved in these metabolic pathways. AMPK also directly (through phosphorylation of the Raptor component of the mTORC1 complex) and indirectly (through phosphorylation of TSC2) modulates the activity of a master regulator of cell growth, mTOR, linking cell metabolism to growth control.5,6,10

STK11 was first identified more than 20 years ago when germline mutations in this tumor suppressor gene were shown to be responsible for Peutz-Jeghers syndrome,11 an inherited disorder characterized by benign gastrointestinal (GI) polyps, skin hyperpigmentation, and an increased risk of several types of cancer, including GI tract, gynecologic, breast, and lung cancers.5,9,10

With the advent of next-generation sequencing, somatic alterations in the STK11 gene have been identified in approximately 3% of cancers and several hundred different STK11 mutations have been described, although the functional relevance of many of them is not yet known.4,5 Although rare in most cancer types, STK11 alterations are notably enriched in some, such as lung adenocarcinoma, in which STK11 is the third most commonly mutated gene (approximately 30% of cases).10,12

In addition to loss-of-function mutations in the STK11 gene, other mechanisms can promote LKB1 activity. Because epigenetic events that affect LKB1 at the protein level are not often investigated, LKB1 loss may actually occur in an even greater percentage of lung cancers than is currently assumed.7,10,13

LKB1 is an unusual oncogene kinase in that the inactivation, rather than the activation, of its kinase activity drives tumorigenesis. Its role as a tumor suppressor is incompletely understood but is thought to be related to the aberrations in AMPK signaling that result from loss of LBK1, impacting cell growth and reprogramming cellular metabolism.7

Altered cell metabolism has long been recognized as a hallmark of cancer.14 Metabolic alterations in cancer include the process by which tumor cells derive energy from glucose. In normal cells, glucose is converted into pyruvate in the cytoplasm. The pyruvate is then typically transported into mitochondria, which use oxidative phosphorylation to produce energy in the form of ATP. In contrast, cancer cells instead favor using pyruvate to produce lactate through glycolysis, even when oxygen is plentiful. This method is much less energy efficient and to compensate, cancer cells ramp up their glucose and glutamine uptake.6,15

Loss of LKB1/AMPK activity relieves the inhibition of mTORC1 by AMPK, allowing aberrant activation of mTORC1, which promotes cellular growth and tumorigenesis. In addition, downstream of mTORC1, expression of HIF1α is increased; in turn, this increases expression of the glycolytic enzymes and transporters that shift cancer cell metabolism toward aerobic glycolysis.5,6,16

Recent study results have suggested that, at least in KRAS-mutant NSCLC, the tumor-suppressive functions of LKB1 may be mediated by the AMPK-related kinases SIK1 and SIK3, rather than AMPK.17 Further, research has suggested that AMPK may play a conditional oncogenic role, in some cases actually conferring a survival advantage to cancer cells as a result of its ability to promote cell survival under conditions of stress.5,10

In lung adenocarcinomas, STK11 mutations frequently occur alongside other driver mutations. STK11 is among the most commonly co-mutated genes in patients with KRAS-mutant NSCLC. According to a recent analysis of KRAS-mutant NSCLC tumor samples, more than half had at least 1 additional mutation, and approximately 20% had a co-occurring mutation in STK11.18

STK11 co-mutations have begun to attract considerable attention in recent years as evidence has emerged that they define a unique subset of KRAS-mutant NSCLC. STK11 mutations have been shown to be associated with a more aggressive form of the disease, yielding poorer patient prognosis with significantly reduced survival.19

Furthermore, studies have shown that STK11 mutations, either alone or co-occurring with KRAS mutations, may drive resistance to immune checkpoint inhibitor (ICI) treatment of NSCLC; this has been found in patients with single STK11 mutations as well as in those harboring KRAS mutations and is thought to result from the effects of LKB1 loss on the tumor microenvironment. In several studies STK11 mutations were found to be associated with a lack of PD-L1 expression, as well as depletion of tumor-infiltrating lymphocytes and accumulation of immunosuppressive cells and cytokines, suggesting that LKB1 loss promotes an immunologically “cold” microenvironment.19–23

The prognostic and/or predictive role of STK11 mutations remains a topic of debate, as other studies have not been able to confirm these effects. This may be due to overlap between patients with concurrent alterations in the STK11 and KEAP1 genes. When a multivariate analysis was performed to tease apart the impacts of co-mutations in these 2 genes in KRAS-mutant NSCLC, the results revealed that KEAP1, not STK11, was associated with reduced overall survival and poor outcomes with ICI therapy.24

KEAP1 is part of an E3 ubiquitin ligase complex that targets the NRF2 protein for proteasomal degradation. NRF2 is a transcription factor that acts as a master regulator of the antioxidant response, activating the expression of hundreds of genes, including NFE2L224, that function to protect the cell and promote survival under conditions of oxidative stress.25

STK11 and KEAP1 or NFE2L2 are often found co-mutated with one another and/ or with KRAS in lung adenocarcinomas (FIGURE24), suggesting a synergistic effect of the lack of these 3 proteins in the promotion of tumor progression.2 The frequent occurrence of the triple co-mutation suggests that this condition may satisfy selective pressures as the tumor evolves. For example, it has been proposed that NRF2 pathway upregulation represents a bottleneck in tumors harboring STK11 and KEAP1 mutations; the metabolic stress created by these mutations requires enhanced antioxidant capacity that can be satisfied by KEAP1 loss.3,26

The role of both STK11 and KEAP1 as potential biomarkers, particularly of response to therapy, continues to be evaluated. In the phase 1/2 KRYSTAL-1 trial (NCT03785249), the KRAS G12C inhibitor adagrasib (MRTX849) is being evaluated in cohorts of patients with pretreated KRAS G12C–mutant solid tumors. In the ongoing phase 2 portion of the study, adagrasib is administered at 600 mg twice daily.

The identification of STK11 mutations as common oncogenic drivers in certain cancer types has prompted efforts to therapeutically exploit these defects, particularly in patients with KRAS-mutant NSCLC, for whom treatments are currently limited.

Several strategies have been proposed, but evaluation of them has largely been limited to preclinical studies. Given the effects of the LKB1/AMPK pathway on mTOR, investigators have tested commercially available mTOR inhibitors in patients with STK11 mutations, yielding mixed results.6,10 The ongoing single-arm phase 2 BUNCH basket trial (NCT04518137) is evaluating the dual TORC1/TORC2 inhibitor onatasertib (ATG008) in patients with advanced solid tumors that harbor specific genetic alterations, including STK11 and KEAP1 mutations.

LKB1 also has been shown to play a role in the DNA damage response, and STK11-mutant cancer cells are more susceptible to drugs targeting DNA repair, such as PARP inhibitors.29 The combination of the PARP inhibitor talazoparib (Talzenna) and the ICI avelumab (Bavencio) is being evaluated in patients with STK11-mutant NSCLC in the LUNG-MAP treatment trial (NCT04173507). In addition, a phase 2 trial (NCT03375307) of the PARP inhibitor olaparib (Lynparza), for treating advanced or metastatic urothelial cancer is enrolling patients with DNA-repair defects, including STK11 mutations.

Both STK11 and KEAP1 mutations appear to rewire the metabolism of cancer cells, including increasing their dependence upon glutamine. As a result, drugs that block glutamine production represent a promising strategy.6,16,25,30

The glutaminase inhibitor telaglenastat is being tested in combination with pembrolizumab (Keytruda) and chemotherapy as frontline therapy for patients with KEAP1- or NRF2-mutant NSCLC in the phase 2 KEAPSAKE trial (NCT04265534), in which patients are stratified according to STK11 status. Meanwhile, the phase 2 BeGIN trial (NCT03872427) is examining telaglenastat in patients with STK11- or KEAP1/NRF2-mutant advanced solid tumors.

Telaglenastat also has been explored in renal cell carcinoma (RCC), although not in biomarker-specific populations. In the phase 2 CANTATA study (NCT03428217), the combination of telaglenastat plus cabozantinib (Cabometyx) was compared with cabozantinib alone in patients with advanced or metastatic RCC. The combination regimen failed to meet its primary end point of improving progression-free survival (HR, 0.94; P = .065), according to findings disclosed in January 2021 by Calithera Biosciences Inc, the company developing telaglenastat. The company is now focusing on advancing the novel therapy in the KEAPSAKE trial.31

Another drug candidate in this class, sirpiglenastat (DRP-104), is a glutamine inhibitor that inhibits all known enzymes involved in glutamine metabolism, not just glutaminase.32 It was granted fast track designation for the treatment of STK11-, NRF2-, or KEAP1mutant NSCLC by the FDA in October 2020.33 A first-in-human clinical trial (NCT04471415) was recently initiated to examine sirpiglenastat alone and in combination with the ICI atezolizumab (Tecentriq) in patients with advanced solid tumors, including STK11-, NRF2-, or KEAP1-mutant NSCLC.34 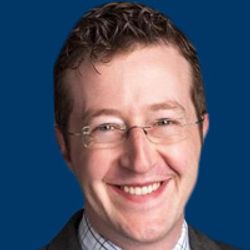 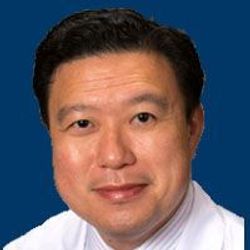