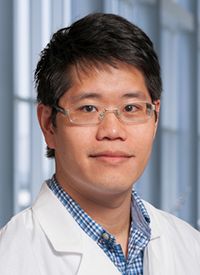 Bavituximab (PGN401) in combination with pembrolizumab (Keytruda) produced responses in patients with previously untreated advanced hepatocellular carcinoma (HCC), according to data from a phase 2 trial (NCT03519997) presented at the 2023 Gastrointestinal Cancers Symposium.1

Twenty-eight patients received bavituximab plus pembrolizumab and were evaluable for response. The objective response rate (ORR) was 32.1%, including a complete response rate (CR) of 7.1%, a partial response (PR) rate of 25.0%. The stable disease (SD) rate was 17.9%, and the progressive disease (PD) rate was 50.0%.

“Our newly reported clinical data in frontline liver cancer show a near doubling of response rate in the subset of patients classified as biomarker-positive by the Xerna TME Panel. The high response rate seen in these patients is rarely achieved in this challenging disease,” David Hsieh, MD, assistant professor at University of Texas Southwestern Medical Center and lead investigator of the trial, stated in a news release.2

“Moreover, our patients are potentially more reflective of typical U.S.-based patients compared to those included in recent large, pivotal trials that enrolled the majority of their patients at sites outside of the US,” he added. “We are therefore excited by the prospect of using this panel to optimize the care of patients with liver cancer.”

The single-arm, phase 2 trial examined the clinical activity of the combination of bavituximab and pembrolizumab in patients with previously untreated, locally advanced or metastatic advanced HCC that is not amenable to locoregional therapy.

Enrolled patients received 3 mg/kg of intravenous (IV) bavituximab once per week plus 200 mg of IV pembrolizumab once every 3 weeks.

The most common grade 3 or higher TRAEs comprised rash, increased AST, and diarrhea, which were observed in 1 patient each.

Investigators conducted biomarker analysis with pre-treatment biopsies analyzed for RNA expression using the Xerna TME Panel to determine the dominant angiogenic and immunogenic biology of a patient’s tumor microenvironment (TME). A retrospective analysis was conducted to determine if tumors deemed biomarker positive with immune active or immune suppressed TME subtypes were more likely to respond to the combination of bavituximab plus pembrolizumab compared with tumors deemed biomarker negative with angiogenic or immune desert TME subtypes.

“The Xerna TME Panel has demonstrated remarkable consistency in identifying patients who are more likely to benefit from targeted and immune therapies across several malignancies,” Hagop Youssoufian, MD, chief medical officer of OncXerna Therapeutics and adjunct professor of Medicine at Brown University, stated in a news release. “Although this was a proof-of-concept study, the responses noted in the biomarker-positive subgroup of patients in this lethal disease indicate substantial activity by comparison to the most active and contemporary combination therapies. This is the latest example of OncXerna’s longstanding commitment to utilize the Xerna TME Panel to bring the right medicines to the right patients.”