Using real-world data from more than 4000 patients with common cancers, an algorithm was able to detect variations in care that, if reduced, could result in a median savings of $26,773 per patient. 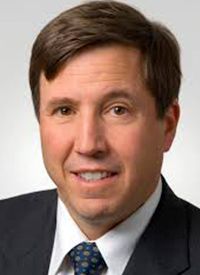 Using real-world data from more than 4000 patients with common cancers, a algorithm was able to detect variations in care that, if reduced, could result in a median savings of $26,773 per patient, according to recent study findings.1

The findings have implications for value-based oncology care models, investigators said in an article published in the Journal of Precision Medicine.1

Studies have noted that at least 20% of the nearly $3 trillion spent annually on cancer care in the United States “fails to enhance clinical outcomes and may be considered waste,” they said.

“Everyone always assumed there was this variation, but no one has characterized this so precisely up front,” lead author Andrew L. Pecora, MD, FACP, CPE, said in an inter-view. “What we found is that for people who were seemingly identical, there are a whole lot of choices being made with a huge differ-ence in total cost of care and no difference in outcomes, despite their being identi-cal-type patients.”

Pecora is founder and executive chairman of COTA Inc, a health care analytics company that developed CNA, a digital classification system that groups patients with similar characteristics. It incorporates clin-ical and disease-specific elements that influence treatment choice and clinical outcomes, including cancer type, phenotype, and progression of disease, as well as patient characteristics such as age, sex, and cancer stage.

“The COTA Nodal Address is a numeric representation of an individual patient that takes into account everything that is relevant about them, the disease they have, where they are in the history of their disease, and any and all other factors that might influence a treatment choice for an outcome. It is like your own personal bar code,” Pecora said.

The CNA model, Pecora added, aims to sort similar patients into groups for compar-ison. “When you get down to that level of specificity, you can look at seemingly iden-tical patients medically, what care choices were made for them, and what the clinical outcomes and costs were,” he said.

The system allows for a much finer grain of understanding of categories of patients within each diagnosis so investigators can study how patients with similar conditions are being treated, said Donald M. Berwick, MD, MPP, a coauthor on the paper.

“The idea was to use modern computer technology to help understand the profile of different lines of care being given to patients [with cancer] within a certain subset of cancers,” said Berwick, a lecturer on health care policy at Harvard Medical School in Boston, Massachusetts; president emeritus and senior fellow for the Institute for Healthcare Improvement; and former administrator of the Centers for Medicare & Medicaid Services.

In this retrospective analysis, investiga-tors used CNA to review the health records of 4893 patients treated from January 2013 to January 2016 at Hackensack Meridian Health institutions, which include 16 hospi-tals in New Jersey. Of these patients, 82% (n = 4032) had enough information in their records to generate unique CNA classifications, representing 581 with breast cancer, 534 with CRC, and 288 with lung cancer (FIGURE1). Costs were obtained from a health insurer, Horizon Blue Cross Blue Shield of New Jersey, adjusted to Medicare rates, and validated against other insurers.

The analysis found that the average number of care pathways used for CNA groups was 6.9 in breast cancer, 4.9 in lung cancer, and 2.9 in CRC. Investigators suggested that the breast and lung cancer cohorts had a higher median number of treatment pathways compared with the CRC cohorts because of hormone, mutation, and histology variables.

The rate of total dollars spent above the median was greatest for lung cancer (39%), followed by breast cancer (32%) and CRC (16%). The system calculated savings potential by assessing how much cost above the median could be avoided. The analyses calculated that the potential savings was $26,773 per patient. The largest drivers of increased costs included hospitalization/emergency department costs, supportive care drugs, and radiation therapy.

The analysis did not evaluate outcomes for the care pathways, although the CNA system can analyze that as well. Investigators noted that most of the care choices observed in this analysis were part of the current National Comprehensive Cancer Network guidelines and would be considered clinically appropriate. The study authors said further analysis of the CNA model is needed to identify and explain variance in care.

The study findings c5me at a time of growing adoption of clinical pathway systems. The State of Cancer Care in America 2017 report, from the American Society of Clinical Oncology (ASCO), documented a 42% increase from 2014 to 2016 in practices reporting compliance with a pathway program.2 ASCO estimates that about 60 individual health insurance plans in the United States are implementing oncology pathways, with more than 170 million individuals covered by those plans.3

ASCO formed a task force on pathways in January 2015, and the organization has since developed recommendations and published criteria defining the elements of a high-quality pathway.

“One of the benefits of the COTA approach is to come up with smarter agreed-upon standards,” Berwick said. “If the evidence accumulates [and shows] that a particular approach produces the best outcomes, perhaps that gives us a new opportunity for payers to come together and not create such chaos for oncologists with multiple pathways.”

Investigators argue that the CNA model can encourage value-based cancer care, and they will continue to evaluate whether the approach can form the backbone of a bundled payment model. The Oncology Care Model is one such alternative payment model, which the Centers for Medicare & Medicare Services implemented in 2016.

The eventual goal, the investigators said, is to use the CNA model to support valuebased oncology care models and deliver more individualized care. “There are all these pathways and guidelines out there, and for all these seemingly identical patients, many different care choices are being made,” Pecora said. “The question is: Why is that happening. With the COTA Nodal Address, we believe we can largely eliminate that variation.”

Pecora said a future study is planned to analyze these variations prospectively. “We want to give people the CNA insight before they make their treatment decisions to determine whether that can reduce variation in treatment choice, maintain clinical outcomes, and reduce total cost of care,” he noted.

Berwick pointed out that this current analysis was conducted on just 3 cancer types. “There are other cancers and even other conditions beyond cancer that could be subject to the same kind of analysis. Based on what COTA is seeing, it will invite further inquiry about which patterns of treatment produce the best result. That is work that lies ahead,” he said.