While mutations of the BRCA gene can increase a woman’s chances of developing breast and ovarian cancers, the presence of the gene made no difference in survival for women aged 40 years or younger who were diagnosed with early-stage breast cancer. 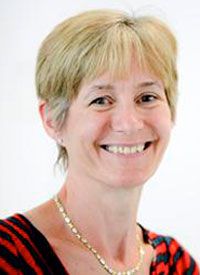 While mutations of the BRCA gene can increase a woman’s chances of developing breast and ovarian cancers, the presence of the gene made no difference in survival for women aged 40 years or younger who were diagnosed with early-stage breast cancer, according to a recent study that followed participants for approximately 8 years. These findings were presented at the 2016 San Antonio Breast Cancer Symposium in December.

A multivariate analysis, which took into account BRCA status along with all other known factors that could influence prognosis, showed the maximum survival benefit for BRCA carriers with triple-negative breast cancer (TNBC) emerging at 2 years, with survival becoming more similar between the carriers and non-carriers of the gene by 5 years.

According to the lead author of the study, Diana Eccles, MB, ChB, MD, FRCP, a professor of Cancer Genetics and head of the Cancer Sciences Academic Unit at the University of Southampton in England, these results are important because there is a commonly held misconception that carrying a BRCA mutation worsens the prognosis of a patient who develops breast cancer.

“The conclusion is that, if you’re a patient who’s told you’re a (BRCA) carrier and you don’t (want to immediately undergo) a bilateral mastectomy, it’s not an important part of your treatment,” she said. “You can (wait and) make that decision separately from your treatment.”

The findings came out of a prospective study of nearly 2759 women aged 40 years or younger who had early-stage, invasive breast cancer. The study compared outcomes of treatment using breast-conserving surgery or unilateral mastectomy plus standard chemotherapy — an anthracycline, combined in some cases with a taxane &mdash; in women who had a BRCA mutation compared with women who did not, Eccles said.

The study, known as POSH, or the Prospective study of Outcomes for Sporadic versus Hereditary breast cancer, recruited participants with breast cancer who were in the target age group from 126 oncology clinics starting in 2000 and ending in 2008. The patients represented a quarter of those across the U.K. who were eligible for the study, and so it was highly representative of that population. Nearly none of the patients knew their BRCA status when diagnosed with cancer. They were tested for BRCA mutations this year as part of the study, and 14% were found to be positive for either a BRCA1 or a BRCA2 mutation.

The study’s primary endpoint was overall survival, and a secondary endpoint was the length of time without a distant metastasis. In both of these areas, outcomes in BRCA-positive women were compared with those in BRCA-negative patients. The women were followed for a median 8.2 years.

The study found no difference in survival for BRCA carriers versus non-carriers in the whole cohort overall.

Within the study population, 19%, or 511 women, had TNBC. A univariate analysis of that group (excluding those who underwent prophylactic mastectomy), which analyzed the impact of BRCA status on survival, showed that, at 5 years, 85.64% of BRCA carriers were alive compared with 71.03% of non-BRCA carriers. At 10 years, 78.66% of BRCA carriers in this subgroup were alive, compared with 65.24% of non-BRCA carriers. A multivariate analysis, which took into account BRCA status along with all other known factors that could influence prognosis, showed the maximum survival benefit for BRCA carriers with TNBC peaking at 2 years, with survival advantage becoming more similar between the 2 groups by 5 years, Eccles said.

She cautioned, however, that the survival benefit for BRCA carriers is an idea suggested, but not proven, by the study. For the benefit to be considered statistically significant, she said, the study would have needed to include over 1116 patients with TNBC.

Eccles went on to explain that the results of the study highlight the notion that younger, BRCA-positive patients diagnosed with breast cancer can at least temporarily put off decisions about preventive bilateral mastectomy and rely on regular screening for recurrence instead.

“Younger women will (tend to) take the most extreme treatment anybody will offer, because they think it will give them a better chance of surviving,” she said. But, “there’s evidence that, when patients have breast cancer and a BRCA gene mutation, if they wait for a year or two, some opt for screening and not for major surgery.” One argument for opting against immediate surgery, she said, is that there were “very few” instances in the study of second primary breast cancers occurring in BRCA-positive women in their first few years after treatment.

Eccles added that having non-essential surgery while being treated for cancer might compromise the body’s immune system, jeopardizing the response to therapy.

“This is highly hypothetical, and we don’t have big enough numbers to be sure,” she said, “but it’s thought-provoking regarding how patients are managed in this setting.”

In fact, she said, it raises questions about “the reason patients tend to have BRCA testing” in the first place, which is that their surgeons want them to consider preventive bilateral mastectomy. The women in the POSH study didn’t have the option of considering mastectomy to prevent a first breast cancer, since they were tested for BRCA status after they had been diagnosed with the disease. Among women such as these — aged 40 or younger and diagnosed with initial, early-stage breast cancers &mdash; non-BRCA carriers face a disease recurrence risk of about half a percent per year. For BRCA carriers, that risk is about 2% per year, Eccles said.

“They are very small numbers,” she said. “If you know that, you can make an informed choice.”