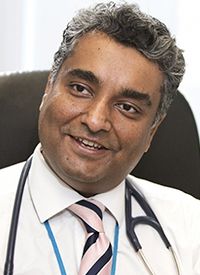 The European Medicines Agency’s Committee for Medicinal Products for Human Use has adopted a positive opinion for a Marketing Authorization Application for brigatinib (Alunbrig) for the first-line treatment of patients with ALK-positive metastatic non—small cell lung cancer (NSCLC).1

The application is based on the phase III ALTA-1L trial, in which treatment with brigatinib demonstrated a 57% reduction in the risk of disease progression or death compared with crizotinib (Xalkori) in patients with advanced ALK-positive NSCLC who had not received a prior ALK inhibitor.2,3

Two-year investigator-assessed results, which were presented during the 2019 ESMO Asia Congress, showed that brigatinib led to a 76% (HR, 0.24; 95% CI, 0.12-0.45) reduction in the risk of disease progression or death in newly diagnosed patients who had brain metastases at time of enrollment.

“Because of the complex nature of ALK-positive NSCLC and the way in which the disease often spreads to the brain, it is essential for physicians to have treatment options that demonstrate both overall and intracranial effectiveness,” said Sanjay Popat, BSc, MBBS, FRCP, PhD, consultant medical oncologist at The Royal Marsden NHS Foundation Trust, said in a press release.

“In the ALTA-1L trial, brigatinib demonstrated significant responses in the brain and consistent overall efficacy compared to crizotinib. If approved by the EMA, brigatinib has the potential to become an important option for the first-line treatment of ALK-positive advanced NSCLC patients in Europe, ” added Popat.

In the international, open-label, comparative, multicenter, phase III ALTA-1L trial, investigators compared the efficacy and safety of brigatinib with crizotinib in 275 patients with stage IIIB/IV ALK-positive NSCLC who have not received prior treatment with an ALK inhibitor, but may have received ≤1 prior regimen of chemotherapy in the advanced setting.

The median age was 59 years, and 55% of patients were female. Twenty-nine percent had brain metastases at baseline with comparable pre-enrollment central nervous system (CNS) radiotherapy rates among both cohorts. Overall, 27% of patients had prior chemotherapy in the locally advanced or metastatic setting.

Patients on the brigatinib arm also experienced significant improvements in health-related quality of life (HRQoL). Brigatinib led to a delayed median time to worsening in Global Health Score (GHS)/QoL score (≥10 point worsening in score) by 27 months versus 8 months with crizotinib.

In the United States, the FDA previously granted a priority review designation to a supplemental New Drug Application (sNDA) for brigatinib for use in the same setting. Under the Prescription Drug User Fee Act, the action date for the sNDA is June 23, 2020.