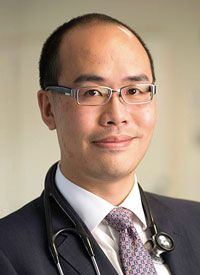 OncLive®: For the Bruton tyrosine kinase (BTK) inhibitors as a class in general, could you discuss their mechanism of action?

Tam: BTK inhibitors are small molecule inhibitors that target the BTK protein. BTK is a very important part of the B-cell receptor pathway, which is often hijacked by cancer cells for unlimited proliferation. So, these drugs work well in interrupting that growth pathway and they have been successful in multiple diseases, including CLL [chronic lymphocytic leukemia], mantle cell lymphoma, and Waldenström macroglobulinemia.

Could you please comment on the differences among the approved BTK inhibitors that are available?

The main differences are in 2 areas. Probably the most important area is the specificity of the targeting. Ibrutinib is a bit dirty and targets related enzymes, including BTK, ITK, TEK, and EGFR, which may explain many of the side effects that we see with ibrutinib. Acalabrutinib and zanubrutinib, in comparison, are much cleaner BTK inhibitors. They’re not purely BTK-targeted, but compared with ibrutinib, they’re much cleaner. So far, if you compare across the clinical trials, none of which are head-to-head to date, it will seem that zanubrutinib and acalabrutinib [are] associated with a reduced incidence of major [adverse] effects including, bleeding, atrial fibrillation, and myalgias and arthralgias, suggesting that the more targeted drugs may indeed be more active.

The other difference is really in terms of drug penetration. Especially in the case of zanubrutinib, we know that very high drug levels are achieved with the current level of dosing, somewhere around 6 to 10 times higher in terms of drug exposure compared with ibrutinib, and it is hoped that this much higher drug level will mean better clinical responses for our patients.

Could you elaborate on the inclusion of zanubrutinib in the updated [2019] National Comprehensive Cancer Network Guidelines?

[Zanubrutinib] is included for the treatment of mantle cell lymphoma after at least 1 prior therapy and is a viable option for this particular indication. This approval is based on 2 single-arm studies, which showed a high response rate, in particular in a study that was conducted in China. The complete remission rate was nearly 60% with zanubrutinib, which was substantially higher [than that] reported for ibrutinib, previously.

How has the approval of zanubrutinib in mantle cell lymphoma affected treatment decisions?

The tolerability of zanubrutinib across the indications seemed to be better than ibrutinib. There are 2—zanubrutinib versus ibrutinib studies, one of which (that will likely be reported in the next year) will hopefully confirm the clinical impression that zanubrutinib is better tolerated than ibrutinib. I think the complete remission rates are very encouraging; however, in terms of outcomes at the moment, these outcomes are across 2 different studies, so it’s hard to compare definitively, and it will be very nice to see the long-term follow-up data [of] zanubrutinib to confirm it is a better drug than ibrutinib, at least in mantle cell lymphoma.

In your practice currently, are there any specific scenarios where you would choose zanubrutinib over ibrutinib?

I would definitely choose it [for] patients [for whom] I’m worried about ibrutinib side effects or who are intolerant to ibrutinib. In my own practice, the only real disadvantage of zanubrutinib versus ibrutinib is the fact that it is optimally given as a twice-a-day dosing, whereas ibrutinib is once-a-day. Having said that, zanubrutinib has once-a-day dosing as well; although, based on the pharmacodynamics of it, the twice-a-day dosing is likely to be a little bit more superior in terms of long-term inhibition of lymph nodes of BTK in deep tissue sites.

In the Waldenström macroglobulinemia space, can you discuss some of the data we’re seeing with zanubrutinib?

Zanubrutinib in a phase I setting, has achieved very good outcomes in Waldenström [macroglobulinemia] at least in the relapsed setting, and it seems like for the equivalent amount of follow-up, zanubrutinib achieves deeper responses compared with ibrutinib, [in] about doubling the rates of very good partial remissions. Now, these are single-armed studies, and once again, this observation is encouraging and has basically led to a randomized study comparing zanubrutinib versus ibrutinib head-to-head. That study has now fully recruited, and hopefully in the next year or so will show one way or the other whether zanubrutinib is truly a superior drug compared with ibrutinib in Waldenström [macroglobulinemia].

We have focused on ibrutinib, acalabrutinib, and zanubrutinib; however, there are a number of other BTK inhibitors being evaluated. How do you see BTK occupancy evolving in the upcoming years with these next-generation inhibitors?

As we go into the 2020 American Society of Hematology meeting, are there any specific data that you’re excited to hear about, with regard to BTK inhibitors?

A I think there are several sets of data that I’m really interested to know [about]. There are now good data sets of combinations of BTK and other drugs, in particular venetoclax, which are looking highly active with previous reports of some of this data in earlier settings. Now there are multi-institutional large-scale studies that have mature follow-up data that confirm the favorable impressions we’ve had from smaller studies. I think the other set of data that’s really interesting is that of the reversible BTK inhibitors, which are now producing responses in patients. Doses have not been optimized in many cases, as yet, and they’re still going in phase I escalation, but I think it’s really promising to see that we are actually getting responses in patients who have got cysteine 481 mutations.