Findings from the DREAMseq trial indicate that nivolumab plus ipilimumab should be administered prior to the combination of a BRAF and MEK inhibitor in patients with advanced BRAF-mutant melanoma. 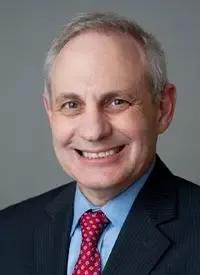 Findings from the DREAMseq trial (NCT02224781) indicate that nivolumab (Opdivo) plus ipilimumab (Yervoy) should be administered prior to the combination of a BRAF and MEK inhibitor in patients with advanced BRAF-mutant melanoma, according to Michael B. Atkins, MD.

Prior to the study, the was no clear sequencing path for PD-1 and CTLA-4 therapies combined with BRAK/MEK inhibition due to a lack of data from prospective studies.

“In 2021, marketing data showed that 50% of [United States] patients with metastatic BRAF-mutant melanoma were initially treated with BRAF/MEK targeted therapies and only 25% received combination nivolumab [Opdivo] and ipilimumab as initial therapy. Based on the results of the DREAMseq trial, going forward, the vast majority of patients should receive combination nivolumab/ipilimumab as their initial therapy,” Atkins, deputy director of the Georgetown Lombardi Comprehensive Cancer Center and the Scholl Professor and vice chair of the Department of Medical Oncology at Georgetown University Medical Center, told OncLive®.

At a median follow-up of 27.7 months (interquartile range, 41.9-11.9 months), there were 133 patients in arm A, 132 in arm B, 27 in arm C, and 46 in arm D. Enrollment of arms A and B represented step 1 of the study, and in step 2, patients were enrolled in arms C and D. Baseline characteristics were balanced between the treatment arms with the median age being 61 years, and most patients being White males who had an ECOG performance status of 0 or 1. In terms of BRAF mutation status, 263 patients had BRAF-mutant disease at baseline.

Safety results showed that grade >3 treatment-related adverse events (TRAEs) made up 59.5% in arm A, 53.1% in arm B, 53.8% in arm C, and 50.0% in arm D. The difference in toxicities were not significant between the treatment arms.

“Starting with nivolumab/ipilimumab immunotherapy results in a 20% absolute improvement in overall survival and 2 years and likely greater beyond this point. It also produces responses that are durable, enabling treatment to be stopped by 84 weeks and does a better job of preventing isolated relapse in the central nervous system,” Atkin said. “Also, targeted therapy appears to work as well in the second line setting as it does in the first line, while immunotherapy appears to less effective if given after targeted therapy. Although toxicity and quality of life are worse for the first 12-24 weeks, subsequent quality of life is better either because patients have stopped treatment in the absence of disease progression or are continuing with only nivolumab monotherapy,” he added.