Immunotherapy followed by targeted therapy has emerged as the new standard of care for patients with melanoma with BRAF V600 mutations. 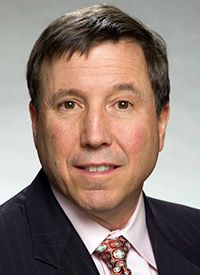 Immunotherapy followed by targeted therapy has emerged as the new standard of care for patients with melanoma with BRAF V600 mutations, according to Andrew L. Pecora, MD, FACP, CPE, who explained that patients tend to live longer when receiving ipilimumab (Yervoy) plus nivolumab (Opdizvo) before receiving dabrafenib (Tafinlar) plus trametinib (Mekinist).

In the interview, Pecora, chief innovations officer and vice president of cancer services at John Theurer Cancer Center at Hackensack University Medical Center in New Jersey, discussed the pivotal DREAMseq data, the direction melanoma care and research has taken, and the important role of clinical trials in addressing future questions in melanoma treatment.

OncLive®: What was the rationale of the DREAMseq trial?

Pecora: The fundamental rationale behind the DREAMseq trial was based on [resolving] the uncertainty [surrounding whether it mattered if a patient] with advanced melanoma with a mutation of the BRAF oncogene started with targeted therapy or immunotherapy. No one knew the answer to that question, and it became essential to answer because some anecdotal evidence [suggested] that it might matter.

As it turns out, we found that it matters a lot. If you provide patients with access to immunotherapy first and follow it with targeted therapy with BRAF and MEK inhibitors in place of starting with the BRAF and MEK inhibitors and going to immunotherapy upon progression, you see a significantly greater [2-year OS rate]. If you use the proper sequence, immunotherapy first followed by targeted therapy, more patients will live longer with their melanoma.

What key data are important to note from this trial?

How did the opportunity for patient crossover between the arms of this trial influence survival rates?

The idea was that if a particular therapy, either immunotherapy or targeted therapy, was not tolerated, or if a patient started to progress on whatever they started on, the patient could cross over to the other therapy. With the crossover, the advantage remained with the immunotherapy first, followed by the targeted therapy.

This trial, while straightforward in its concept design, was difficult to do. The John Theurer Cancer Center is a full member of the National Cancer Institute [NCI]–designated Georgetown Lombardi Comprehensive Cancer Center Consortium. We were leaders in the country in accruing patients to this trial, and [Michael B. Atkins, MD, of Georgetown in Washington, DC] led the trial for the entire nation. Early on, [we questioned] whether a trial like this could ever recruit patients and be completed. To Dr Atkins’ credit and to our NCI-designated consortium’s credit, we completed the trial, and it answered an important question in melanoma care.

What did the safety profile look like for these combinations, and how were the adverse effects (AEs) managed?

Immunotherapy is associated with well-known immunologic AEs. Thankfully, these were treatable, and patients largely had resolution of the AEs. Targeted therapy has a different AE profile than immunotherapy, principally high fevers and sometimes low blood pressure. However, again, with proper management, most of those patients with advanced melanoma did well.

How do the findings from this study clarify treatment sequencing with BRAF, MEK, PD-1, and CTLA-4 inhibitors in this population?

The standard of care around the globe should now be that if a patient presents with advanced BRAF-mutated melanoma, they receive immunotherapy first, that being a combination of a PD-1 inhibitor and a CTLA-4 inhibitor, followed by targeted therapy if needed.

What additional melanoma research has this trial inspired?

Even with the advantageous sequencing of giving immunotherapy first, followed by targeted therapy, a significant percentage, somewhere between 25% and 40% of patients, unfortunately, will go on to have disease progression and die. We still have work to do.

We are now going after more immuno-oncology targets. People are starting to ask: Would giving the targeted therapies and the immunotherapy together up front be better? [We’re evaluating whether] using immunotherapy and targeted therapy earlier in the course of melanoma [will help patients] avoid late-stage melanoma. These are all aspects of ongoing melanoma clinical research. We at the John Theurer Cancer Center, as part of the NCI-designated consortium at Georgetown and in collaboration with Dr Atkins and his team, are leading the way in addressing these questions.

What main message about this research would you like to leave with colleagues?

When there’s questions to be answered, answer them. Clinical trials remain incredibly important. It’s hard to do them; it’s hard to recruit patients. However, through the bravery of patients and the hard work of dedicated professionals, we can answer fundamental questions like this.

We couldn’t have predicted which way would be better; it was an unknown. We couldn’t even predict whether it would matter if you did 1 [therapy] first and the other second, but it does matter, and it matters a lot. Because of this incredible work and leadership by Dr Atkins and the Georgetown Lombardi Comprehensive Cancer Center Consortium, including John Theurer Cancer Center, we have provided an answer to a fundamental question in clinical medicine that can be now used by doctors around the world.