Significant outcome differences were observed in premenopausal vs postmenopausal patients with hormone receptor–positive, HER2-negative breast cancer who had 1 to 3 positive lymph nodes and received adjuvant chemotherapy as well as endocrine therapy. 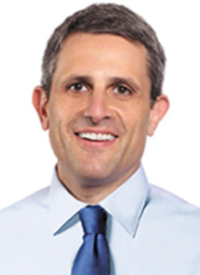 Significant outcome differences were observed in premenopausal vs postmenopausal patients with hormone receptor (HR)–positive, HER2-negative breast cancer who had 1 to 3 positive lymph nodes and received adjuvant chemotherapy as well as endocrine therapy, according to the updated results of SWOG S1007 RxPONDER trial (NCT01272037), presented at the 2021 San Antonio Breast Cancer Symposium.1 Results from the study were also published in the New England Journal of Medicine on December 1, 2021.2

“As opposed to DFRS, DRFI excludes death from non–breast cancer or unknown cause, and only includes distant recurrence or death from breast cancer,” Kalinsky said in his presentation. “This is a clinically important outcome given its relevance to long-term breast cancer–related survival.”

The randomized phase 3 RxPONDER trial enrolled approximately 5000 patients with HR-positive, HER2-negative breast cancer with 1 to 3 positive lymph nodes, no distant metastasis, and a 21-gene Oncotype DX Recurrence Score (RS) lower than 25. Those with a higher RS were treated off study and recommended to receive both endocrine therapy and chemotherapy, according to Kalinsky. Patients with a score of 25 or below were randomized to receive either chemotherapy followed by endocrine therapy or endocrine therapy alone. Among the 4983 patients evaluated in the updated results were 1654 premenopausal women and 3329 postmenopausal women.1

“However, premenopausal women with recurrence scores 0 to 25 do, with a 44% to 46% decrease in IDFS, DRFS, and DRFI events,” Kalinsky added.

“It does appear that premenopausal women with [only] micrometastases benefit from chemotherapy, though there [was] a limited number of events [n = 22], and there was a wide confidence interval,” Kalinsky noted.

For those only treated with endocrine therapy, a 2-year landmarked analysis of ovarian function suppression (OFS) was meant to determine if it was linked to IDFS. A total 17.2% of premenopausal patients in this group underwent OFS. However, no difference in IDFS was observed based on OFS status (HR, 0.88; 95% CI, 0.47-1.63). The study was not able to establish that the benefit from chemotherapy was related to OFS. OFS rates were low in both treatment arms but were higher in the endocrine therapy–alone arm.

“It remains unclear if ovarian function suppression can replace chemotherapy in premenopausal women with hormone receptor–positive, HER2-negative, node-positive breast cancer,” Kalinsky said. “We conclude that future randomized trials should be considered to address this important clinical question in a genomically-defined population.”