Patients with high-risk relapsed/refractory chronic lymphocytic leukemia who failed or were intolerant of ibrutinib derived more benefit from CD19&#8208;targeted CAR T-cell therapy when the BTK inhibitor was concurrently administered than when it was not.

Patients with high-risk relapsed/refractory chronic lymphocytic leukemia (CLL) who failed or were intolerant of ibrutinib (Imbruvica) derived more benefit from CD19&#8208;targeted CAR T-cell therapy when the BTK inhibitor was concurrently administered than when it was not, according to results presented at the 15th International Conference on Malignant Lymphoma.

Results showed that high rates of response by 2018 International Workshop Group CLL criteria were seen in 18 evaluable patients at 4 weeks after CD19-targeted CAR T-cell therapy and concurrent ibrutinib. The objective response rate (ORR) was 83%, which included 4 (22%) complete responses in the marrow (CRi) and 11 (61%) partial responses (PR). In patients who did not receive concurrent ibrutinib, the ORR was 65%.

Therefore, Gauthier and colleagues explored the safety and efficacy of CD19-directed CAR T cells with concurrent ibrutinib administration in a pilot cohort of a phase I/II trial (NCT01865617). The cohort comprised 19 patients with high-risk relapsed/refractory CLL. The patients were required to be beyond first remission and to have received or been ineligible for chemoimmunotherapy containing a purine analogue and a CD20-targeted antibody, plus no response to or progression on ibrutinib.

Among the baseline demographics, Gauthier highlighted that 89% of patients had high-risk cytogenetics, including del(17p) in 74%, and a CKT in 74% of patients. The median number of prior therapies was 5 (range, 1-10), which included venetoclax (Venclexta) in 58% and idelalisib (Zydelig) in 21% of patients, and 10% had shown ibrutinib intolerance. Overall, the median age was 65 years (range, 40-71), 63% of patients were male, and all patients had an ECOG performance status of 0 or 1. All patients had failed treatment with ibrutinib prior to study entry.

In the concurrent ibrutinib cohort, patients received concurrent administration of ibrutinib at 420 mg daily at least 2 weeks before leukapheresis and continuously though leukapheresis and lymphodepletion, as well as with infusion of a defined composition of 2 x 105 or 2 x 106/kg CD4+ and CD8+ CD19-directed CAR T cells subsequent to lymphodepletion chemotherapy. Ibrutinib was continued for 3 months after CAR T-cell infusion.

Most patients (68%) in this cohort tolerated ibrutinib and continued with treatment as planned. However, 7 patients discontinued ibrutinib or required dose reductions due to disease progression, thrombocytopenia, intravascular coagulation during CRS, or microembolic stroke, which each occurred in one patient, and CAR T-cell—related toxicity in 2 patients. One patient died 4 days after infusion.

The study also contained a cohort of 24 patients with high-risk relapsed/refractory CLL and detectable disease after initial ibrutinib treatment who received an infusion of up to 2 x 106 CAR T cells but no ibrutinib. A retrospective comparison of the 2 cohorts indicated that the rates of any grade CRS (74% vs 92%) severe CRS (0% vs 25%), and grade ≥3 cytotoxicity (26% vs 29%) favored the concurrent ibrutinib cohort over the no-ibrutinib arm.

"All grade 1 through 4 CRS and neurotoxicity events were reversible," he said.

"Close cardiac monitoring using telemetry might be considered in patients developing CRS due to the potential risk of cardiac arrhythmia," he advised. "Despite robust CAR T-cell expansion the levels of cytokines associated with severe CRS were lower in the concurrent ibrutinib cohort." 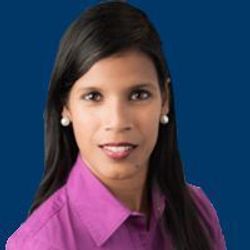