A novel combination comprised of the investigational bispecific antibody CTX-009 and paclitaxel was found to produce responses in 4 subtypes of biliary tract cancer with favorable safety and tolerability, according to interim results from an ongoing phase 2 trial. 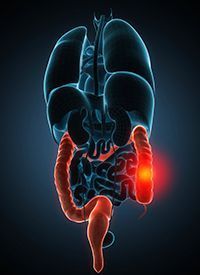 A novel combination comprised of the investigational bispecific antibody CTX-009 and paclitaxel was found to produce responses in 4 subtypes of biliary tract cancer with favorable safety and tolerability, according to interim results from an ongoing phase 2 trial (NCT04492033).

The regimen elicited an overall response rate (ORR) of 42% among 10 patients; these patients achieved partial responses (PRs) with the combination. To date, 9 of the PRs were confirmed by RECIST v1.1 criteria and the tenth PR is pending confirmation.

Moreover, 22 of the 24 patients enrolled to the trial achieved stable disease or better, which translated to a clinical benefit rate (CBR) of 92%. Notably, 7 patients continued to receive the regimen at the cutoff date; 5 of these patients had been on treatment for longer than 9 months.

“We are excited by these impressive interim phase 2 results and believe CTX-009 is a promising investigational drug,” Thomas Shuetz, MD, PhD, chief executive officer and scientific founder of Compass Therapeutics, Inc., stated in a press release. “In the initial data review of this trial, reported in November 2021, CTX-009 exhibited a 29% ORR and a 100% CBR. We are very encouraged by the performance of CTX-009 across a larger patient population, particularly the maturing of the dataset, with the ORR moving from 29% in 17 evaluable patients to 42% in all 24 patients enrolled.”

The prospective, multicenter, open-label, Simon Two-Stage adaptive design trial was launched to examine the use of CTX-009 plus paclitaxel for the treatment of patients with advanced, unresectable, metastatic or recurrent biliary tract cancer who had an ECOG performance status of 0 or 1.

At a data cutoff date of April 14, 2022, a total of 24 patients were enrolled to the trial and received treatment with at least 1 cycle of CTX-009 and paclitaxel.

The primary end point of the trial was ORR, based on the proportion of patients whose best overall responses was evaluated to be complete response or PR per independent radiology review. Secondary end points included assessments of multiple standard measures of disease progression.

The first phase of the trial was conducted in Korea and included 24 patients who received CTX-009 at 10 mg/kg biweekly plus paclitaxel at 80 mg/m2 weekly, every 3 out of 4 weeks. In November 2021, data pertaining to the first 17 evaluable patients showed 5 PRs with the regimen. Based on those findings, the trial was able to proceed to the second phase.

Updated data show that the regimen continued to be well tolerated. The most common toxicity associated with CTX-009 and paclitaxel, respectively, were hypertension and neutropenia.

Treatment-emergent toxicities that were grade 3 or higher and that were experienced in more than 1 patient included neutropenia (50%), hypertension (16.7%), anemia (12.5%), and thrombocytopenia (8.3%). All of these toxicities were noted to be manageable through the use of standard therapy.