The use of PARP inhibitors in patients with a variety of tumor types is backed by a growing body of research, and there is now strong justification for clinical trials of these agents in patients with prostate cancer.

The use of poly (ADP-Ribose) polymerase (PARP) inhibitors in patients with a variety of tumor types is backed by a growing body of research. According to Maha Hussain, MD, the Genevieve Teuton Professor of Medicine and deputy director of the Robert H. Lurie Comprehensive Cancer Center of Northwestern University in Chicago, Illinois, there is now strong justification for clinical trials of PARP inhibitors in patients with prostate cancer.

“Metastatic prostate cancer is very complex, with a marked inter- and intra-patient heterogeneity and diversity. Therapy development, from my perspective, must focus on the totality of the biology if we want better care for our patients. DNA repair deficiencies have emerged as a promising therapeutic target in metastatic castration-resistant prostate cancer [mCRPC],” Hussain said during a presentation at New York GU™: 11th Annual Interdisciplinary Prostate Cancer Congress® and other Genitourinary Malignancies.

These data prompted a clinical trial looking at the combination of temozolomide (Temodar) and the PARP inhibitor veliparib (ABT-888) in patients with mCRPC, with the idea to replicate what was done preclinically. However, the overall results were not that promising, with a prostate-specific antigen (PSA) response rate of 8% based on 2 of 25 evaluable patients achieving a confirmed PSA decline of ≥30%. In the remaining 23 patients, 13 had stable PSA and 10 had PSA progression. None of the 16 patients with measurable disease for whom data were available achieved an objective response.1

Hussain noted that the reason for this lack of significant response could be that adding PARP inhibition to castration therapy provides a better tumor effect, targeting AR-signaling and the PARP pathway simultaneously. Additionally, Hussain said, there have been no predictive biomarkers to select patients for response to this regimen, but some emerging data suggested that ERG fusions could be a predictor for sensitivity to AR and PARP targeting.

In an ongoing phase II trial, investigators, led by Hussain, tested the hypotheses that targeting AR and PARP would lead to better outcomes in patients with mCRPC and that ETS fusions would serve as a predictive biomarker for the response to treatment. Every patient underwent a metastatic disease biopsy. If eligible, they were stratified either as ETS fusion positive or negative and then randomized to receive the control arm of abiraterone acetate (Zytiga) and prednisone or the experimental arm of abiraterone acetate and prednisone plus veliparib. The primary endpoint was PSA response rate.

The study was negative overall, and although there was a trend in favor of the combination treatment, this was not statistically significant. ETS fusion positivity or negativity also did not predict for a better outcome.2 However, the investigators observed that in a cohort of 80 patients with adequate tissue for tumor sequencing, 20 had DNA damage repair defects, which were either homozygous or deleterious mutations. The most frequent were BRCA2 (65%), ATM (20%), BRCA1 (5%), PALB2 (5%), and RAD51B/RAD51C (5%).2

“There was a fair amount of genomic alteration, but the 1 consistent factor was that the patients had DNA repair defects and had a response as reflected by PSA, and these responses were quite deep,” Hussain said.

“Contrary to conventional wisdom up to now, where the belief was that patients with DNA repair defects did worse, in our trial, those patients did better,” Hussain said. “This is a previously unknown observation that the patients who were on the abiraterone-only arm still did better compared with patients who had wild-type disease.”

Table 1. PFS Response to Combination Abiraterone With Prednisone and Veliparib by Biomarker Status2

Hussain et al then performed a multivariate analysis of progression-free survival (PFS) by biomarker status that incorporated clinical factors and other molecular factors. They noted that when they controlled for these factors, DNA damage repair defect was the biomarker that predicted the best outcome to PARP inhibition therapy. The median PFS for patients with DNA damage repair defects was 14.5 months compared with 8.0 months for those with wildtype disease (P = .02).2Other molecular alterations also had a significant association with benefit from PARP therapy. Patients with a TP53, PTEN, or PIK3CA mutation all had worse outcomes; however, DNA damage repair defects were the strongest predictor (Table 1).2

“When we are designing clinical trials,” Hussain said, “it is very difficult for us to understand the genomic or molecular profile of the tumor because no tumor has such a unique feature that it’s going to predict 100% response to treatment.” The main observation noted in these data was that patients with DNA damage repair defects responded to AR-targeted drugs with or without a PARP inhibitor. Another study’s findings recently demonstrated a similar observation based on germline data, affirming that these patients with mCRPC seem to respond better than expected to AR-targeted therapy.3

In the single-arm phase II TOPARP-A trial, a group of heavily pretreated patients with mCRPC were given the PARP inhibitor olaparib (Lynparza) as an experimental treatment and underwent tumor sequencing.4 “Interestingly, there were 16 patients of a cohort of about 50 patients with [the] DNA repair defect, and 14 of the 16 responders were biomarker positive, and this translated into what I would consider meaningful clinical benefit in terms of delaying [progression] and in PFS,” she commented.

Hussain noted that the trial showed that about 90% of mCRPC tumors harbor potentially clinically actionable molecular alterations. Several of these molecular alterations appear to be novel, and there are clinical trials starting that address some of those. However, she said that an important finding of the TOPARP trial was that over 20% of patients with mCRPC harbor DNA damage repair pathway defects, specifically in BRCA1/2, ATM, and other genes.5Clinically, in other cancers, these are considered the “canonical” DNA damage repair defects. In prostate cancer, it seems there are other potential BRCAness alterations, but Hussain posed the question of whether patients with these mutations are responsive to PARP inhibition.

The phase II BRCAAway trial is currently recruiting patients with mCRPC and DNA repair defects (NCT03012321). Patients will be entered into the study if they either have enough tissue for a biopsy or known germline mutations in BRCA1/2 or ATM. They will then be randomized to abiraterone plus prednisone, olaparib alone, or the combination, with the potential to cross over after progression. Patients who have a “noncanonical” alteration will be entered into a single-arm cohort to see if there’s a signal from treatment with olaparib monotherapy.

Currently, there are 6 PARP inhibitors being evaluated in prostate cancer in clinical trials (Table 2). Hussain notes that further study is needed to fully understand DNA repair defects and how to target them most effectively. 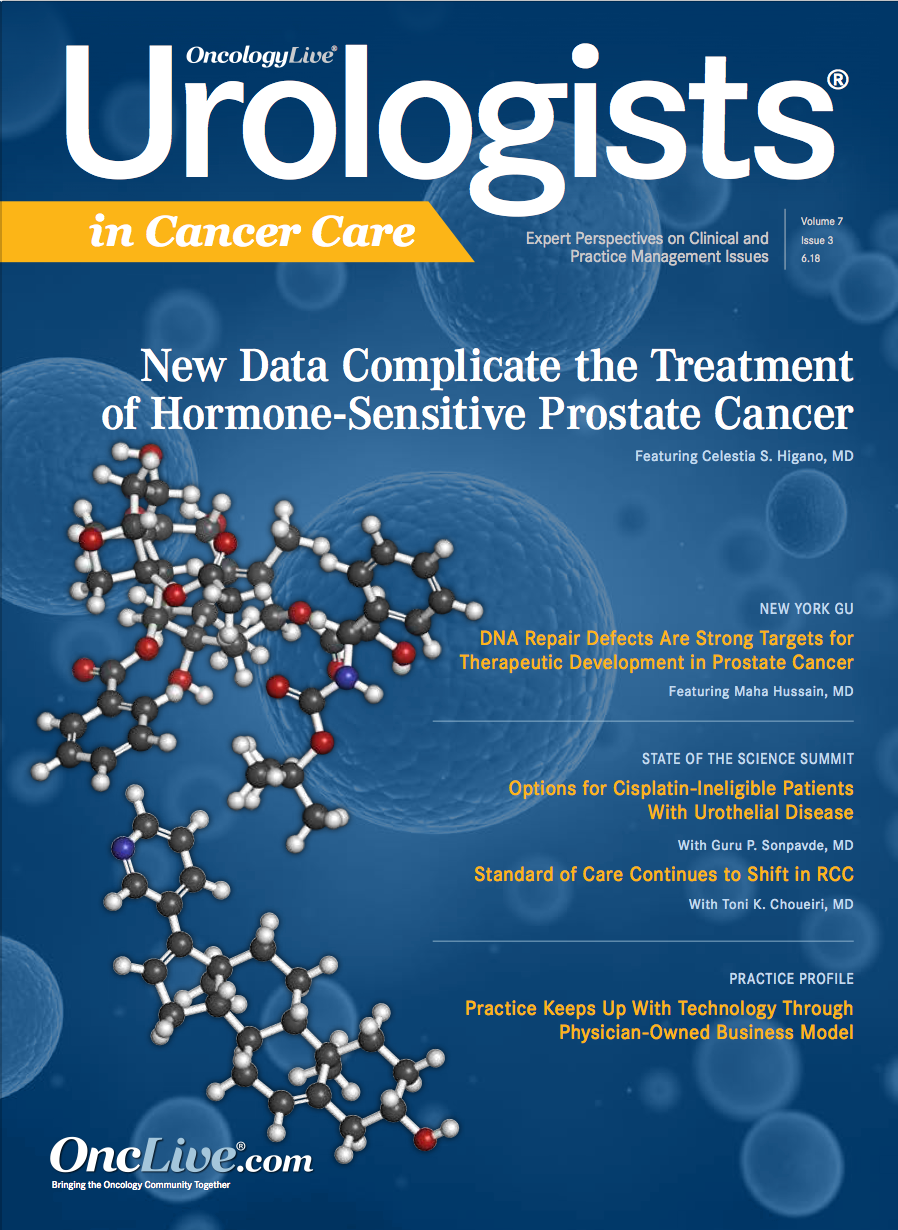