More patients with stage III non–small cell lung cancer received sequential chemoradiation and delayed the time to durvalumab treatment in a real-world setting compared with those enrolled on the phase 3 PACIFIC trial. 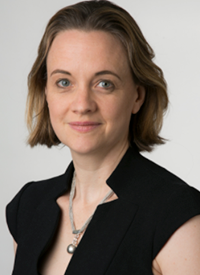 More patients with stage III non–small cell lung cancer (NSCLC) received sequential chemoradiation (CRT) and delayed the time to durvalumab (Imfinzi) treatment in a real-world setting compared with those enrolled on the phase 3 PACIFIC trial, according to preliminary findings of the PACIFIC-R study (NCT03798535) that was presented during the 2021 European Lung Cancer Congress.1

Results showed that the median time from completing radiation (RT) to starting durvalumab therapy was 52 days; 35% of patients began durvalumab within 42 days. The shortest amount of time to durvalumab occurred in France (39 days), while the longest was in Israel (89 days).

“This is important because the exploratory analysis of the PACIFIC trial highlighted that those who started treatment with durvalumab within 14 days of radiotherapy had improved efficacy compared with those who started after 14 days following completion of radiotherapy,” said Fiona McDonald, MA, MBBS, MRCP, FRCR, MD, a consultant clinical oncologist at The Royal Marsden NHS Foundation Trust, in a virtual presentation during the meeting.

Additional findings showed that 76.8% of patients had received concurrent CRT while 14.6% received sequential CRT; 8.6% of patients received a regimen listed as “other.”

The most commonly reported adverse event (AE) of special interest in the first 3 months that patients were on durvalumab was pneumonitis (10.6%), which led to treatment discontinuation in 4.8% of patients who experienced this AE. Endocrinopathy was also observed (6.8%).

In February 2018, the FDA approved durvalumab as a treatment for patients with unresectable stage III NSCLC whose disease has not progressed following concurrent platinum-based chemotherapy and radiation therapy.

Despite the advances with this clinical trial, McDonald noted that insights on treatment and clinical outcomes for patients receiving immunotherapy in a real-world setting are needed.

In the international, observational PACIFIC-R study, investigators sought to explore the efficacy of durvalumab in a real-life study and enrolled patients who had received the PD-L1 inhibitor in an Expanded Access Program initiated by AstraZeneca, the developer of durvalumab. The data presented at the 2021 European Lung Cancer Congress comprised baseline characteristics of the full cohort of patients enrolled on the trial and preliminary safety results.

Patients were eligible for enrollment, which occurred between September 2017 and September 2018, if they had unresectable, stage III NSCLC, regardless of PD-L1 expression and had no evidence of progression following definitive concurrent or sequential CRT.

“Following [European Medicines Agency] approval, the restriction in the last few months was to those who had a PD-L1 expression of at least 1%,” McDonald noted, adding that in France all patients had to have concurrent CRT.

Durvalumab was administered at 10 mg/kg intravenously every 2 weeks within 12 weeks of CRT, except in France where the PD-L1 inhibitor had to be given within 6 weeks of treatment. Data were extracted from all patients’ medical records for retrospective data collection at varying time points.

The primary end point is investigator-assessed PFS and OS; secondary end points include demographics, disease characteristics, prior therapy, PFS/OS in subgroups, and AEs of special interest.

McDonald noted that there were no significant differences in baseline characteristics between the concurrent and sequential CRT cohorts, except for those who were aged 70 years or older (28.4% on concurrent CRT vs 37.3% on sequential CRT) and longest dimension of primary tumor (15.8 mm vs 25.2 mm, respectively).

The median duration of chemotherapy was 7.1 weeks overall; it was shortest in Norway at 3.4 weeks and longest in France at 10.1 weeks. McDonald also explained that the proportions between concurrent and sequential CRT were similar in Italy, and all patients in Norway had received concurrent CRT.

Other AEs of special interest included rash/dermatitis (4.8%), diarrhea/colitis/intestinal perforation (2.9%) were also common but were unlikely to lead to treatment interruption or discontinuation.

Future analyses of this real-world study will focus on PFS and OS outcomes, as well as duration of durvalumab treatment, McDonald concluded.