Dual immune checkpoint blockade with durvalumab (Imfinzi) and tremelimumab did not induce a statistically significant improvement in overall survival in heavily pretreated patients with locally-advanced or metastatic NSCLC. 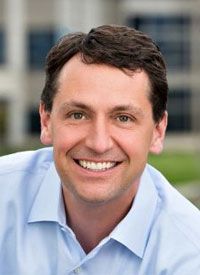 Among the PD-L1 low/negative substudy B population, durvalumab/tremelimumab did not produce a statistically significant OS or progression-free survival (PFS) benefit compared with standard treatment. Clinical activity with single-agent durvalumab or tremelimumab was similar to previously reported outcomes, AstraZeneca (MedImmune), the developer of both agents, noted in a statement. The company also reported that although substudy A was not powered for statistical significance, single-agent durvalumab demonstrated a clinically-meaningful survival advantage versus chemotherapy.

“While we are disappointed that the combination of Imfinzi plus tremelimumab did not result in a statistically-significant survival benefit in this heavily pretreated patient population, we are encouraged by the activity of Imfinzi monotherapy observed in this trial and look forward to presenting the full data from the ARCTIC trial at an upcoming medical meeting,” Sean Bohen, MD, Phd, executive vice president, Global Medicines Development and Chief Medical Officer, AstraZeneca,

Overall, the open-label, international, phase III ARCTIC trial enrolled patients with locally advanced or metastatic NSCLC (stage IIIB-IV) without EGFR mutations or ALK rearrangements who have received ≥2 prior systemic treatments, 1 of which was platinum-based chemotherapy. In substudy A, patients with PD-L1—high tumors were randomized 1:1 to single-agent durvalumab or investigator’s choice of vinorelbine, gemcitabine, or erlotinib (Tarceva). In substudy B, patients with low or no PD-L1 expression on their tumors were randomized in a 2:3:1:2 ratio to durvalumab monotherapy, durvalumab plus tremelimumab, single-agent tremelimumab, or standard of care (vinorelbine, gemcitabine, or erlotinib).

The study defined high PD-L1 expression as ≥25% of tumor cells with membrane staining as measured by the Ventana PD-L1 (SP263) assay. Complete data from the trial will be shared at an upcoming medical conference.

In February 2018, the FDA has approved durvalumab (Imfinzi) for the treatment of patients with locally advanced, unresectable stage III NSCLC who have not progressed following chemoradiotherapy.

In the PACIFIC trial, which took place at 235 centers in 26 countries, 473 patients were randomized to durvalumab and 236 were randomized to placebo. PFS was the primary endpoint, along with OS. OS data are still immature and were not included in this analysis.

The median age of patients in the study was 64 years, and most were current or former smokers (91%). The majority were men (70.1%), and most had squamous histology (45.7%). Chemotherapy use was similar between groups, with 25.8% and 28.7% receiving induction chemotherapy before definitive chemoradiotherapy, in the durvalumab and placebo groups, respectively. Response to chemoradiotherapy was similar between the two arms, with objective response rates (ORR) of 50.6% and 49.8%, for the PD-L1 and placebo groups, respectively.

Objective response rate, as assessed by blinded independent central review, was also significantly higher with durvalumab (28.4% vs 16.0%; P <.001). Of the patients who had a response to durvalumab, 72.8% had an ongoing response at both 12 and 18 months as compared with 56.1% and 46.8%, respectively, in the placebo arm.

Just 16.5% of patients in the durvalumab group experienced disease progression compared with 27.7% of the placebo group (P <.001).