Pharmaceutical manufacturer EQRx announced December 2, 2022, that the European Medicines Agency has accepted a marketing authorization application for the use of aumolertinib in EGFR-mutated non–small cell lung cancer and locally advanced or metastatic EGFR T790M mutation–positive NSCLC. 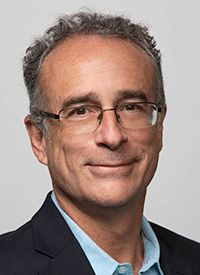 PFS rates favored the experimental arm at 1 year (69.5% vs 46.3%) and at 2 years (32.5% vs 12.9%. Investigators found that the PFS benefit inuced by aumolertinib was consistent across all prespecified stratification factors, including EGFR mutation type and central nervous system (CNS) metastases status.

“For patients with locally advanced or metastatic NSCLC with EGFR mutations, third generation EGFR-TKIs have become the standard of care in many places worldwide,” Vince Miller, MD, physician-in-chief at EQRx, said in a news release. “However, these treatments are often not easily attainable for patients, and there remains a need for additional third-generation EGFR TKIs to increase treatment options and improve access to therapies for people with non-small cell lung cancer.”

According to the European Commission, lung cancer accounted for 20.4% of all cancer deaths in the 27-member European Union in 2020. Lung was the fourth most common malignancy and the leading cause of cancer death.3 NSCLC accounts for 85% of cancers worldwide. In Europe, 14.1% of those cancers harbor EGFR mutations.4

In this randomized, double-blind trial, investigators enrolled 429 patients with histologically or cytologically confirmed locally advanced or metastatic NSCLC and an EGFR mutation at 53 locations in China. Permitted EFGR mutations included sensitizing mutations, such as exon 19 deletions and L858R mutations, as detected by a central laboratory. Patients were required to have at least 1 measurable lesion of at least 10 mm per RECIST v1.1 criteria.

Those with asymptomatic and stable CNS metastases that did not require steroids for at least 2 weeks before the initiation of the study drug were permitted. However, those who had received prior systemic therapy, including prior treatment with an EGFR inhibitor, were excluded. Previous treatment in the adjuvant/neoadjuvant setting was allowed.

Patients were randomly assigned to 110 once-daily aumolertinib (n = 214) or 250 mg once-daily gefitinib (n = 215). Investigators stratified patients by type of EGFR mutation (exon 19 deletion vs L858R) and CNS metastases status (with vs without). Patients received treatment with the study drug until disease progression, withdrawal of consent, unacceptable toxicity, or other discontinuation criteria were met.

Treatment with the study drug was permitted beyond disease progression if patients continued to derive clinical benefits per treating investigator assessment. Patients in the gefitinib arm who acquired an EGFR T790M mutation were eligible to cross over to the aumolertinib arm.

Nearly all (98.8%) patients experienced at least 1 adverse effect (AE) during study treatment. Investigators observed any-cause grade 3 or higher AEs noted in 36.4% of the aumolertinib arm and 35.8% of the gefitinib arm.

This is EQRx’s second submission to a regulatory agency for aumolertinib. The United Kingdom’s Medicines and Healthcare Products Regulatory Agency is currently reviewing an MAA for the treatment of EGFR-mutated NSCLC.