These results were highlighted in an analysis of the phase 3 ARCHES trial (NCT02677896), in which patients with mHSPC were randomized 1:1 to enzalutamide at 160 mg daily plus ADT or placebo plus ADT.1 Up to 6 cycles of prior docetaxel were permitted before the baseline assessment of PSA levels and treatment initiation. Initial results showed that the risk of radiographic disease progression or death was significantly reduced with enzalutamide plus ADT versus placebo plus ADT (HR, 0.39; 95% CI, 0.30-0.50; P < .001).1 The median rPFS was not reached versus 19.0 months, respectively.

“mHSPC is a very heterogeneous disease: You see men with low burden disease and very high burden disease, those who have had prior prostatectomy or prior radiotherapy, men who are newly diagnosed with metastatic disease, and those who have and haven’t had prior chemotherapy. This is 1 disease entity that has many components to it,” said Azad. “What ARCHES, and ENZAMET, have shown is that enzalutamide clearly benefits men with mHSPC across all subgroups. [This study] shows further evidence based on the patients’ PSA rating and study enrollment.”​

In an interview with OncLive, Azad, an associate professor at Peter MacCallum Cancer Centre and the University of Melbourne, Australia, fellow at Victorian Cancer Agency; and chair of the ANZUP Cancer Trials Group Translational, discussed the analysis of the ARCHES study and the current unmet needs for men with mHSPC.

OncLive: How would you define the current unmet needs for men with mHSPC?

Azad: The management of mHSPC has changed considerably in the last 5 years. In addition to ADT, we now have a lot of strong evidence that the use of docetaxel \ or 1 of the androgen receptor (AR) inhibitors clearly improves outcomes. That has been very beneficial to men in improving their survival and their quality of life. At the same time, this disease for most men remains lethal, and so, we need to find additional strategies for further improving outcomes for men with mHSPC. That could include new combinations, better selection of existing drugs, treatment of the primary disease itself, and identifying biomarkers that will help us better use these drugs.

Ultimately, the biggest unmet need is actually using what we already have in our arsenal. There are data out of the United Kingdom, United States, and Australia, showing that these new therapeutic strategies in addition to ADT, whether that's docetaxel or an AR inhibitor, [are not being utilized in] the vast majority of men. They have been treated with only ADT; we know that that's an undertreatment for the vast majority of men with mHSPC. If we want to improve their outcomes, the first thing we have to do is actually use what we've already got at our disposal. Implementing clinical trial data into real-world practice is a key unmet need for these men.

What data support the use of combining ADT with enzalutamide in this patient population?

There have been 2 pivotal studies showing the benefit to adding enzalutamide to ADT in mHSPC. Firstly, there was the ARCHES study, which looked at ADT plus or minus enzalutamide in men with mHSPC. That was across the spectrum of the disease, so men with both low- and high-volume metastatic disease, men with newly diagnosed disease, but also relapsed metastatic prostate cancer. That was a study that looked at rPFS as a primary end point. The study met the primary end point, showing a significant benefit from the addition of enzalutamide to ADT and that crossed all key disease subgroups, particularly in regard to disease volume and whether men had prior local therapy or not.

The other study that has shown a benefit [with] the addition of enzalutamide to ADT is the ENZAMET [study], which was an Australian-led study by the ANZUP cooperative group. This is a global investigator-led study, which similarly showed that enzalutamide when added to ADT significantly improved outcomes. The difference with this study is that overall survival (OS) was significantly improved. The study was powered for OS, which is clearly a strength of this particular study. There is also a significant proportion of patients who had concurrent docetaxel. It was [very much] a real-world study of men with mHSPC. Combined, these 2 studies clearly show that the addition of enzalutamide to ADT is beneficial in men with mHSPC and across all disease subgroups.

What was intriguing about the analysis presented at the 2020 ESMO Virtual Congress?

The abstract presented at the 2020 ESMO Virtual Congress for ARCHES was very interesting. It looked at outcomes in men stratified by PSA level before they commenced enzalutamide. The key point to understand here is that the vast majority of men, prior to going onto this study, had started ADT and, in many cases, had been on it for approximately 3 months or less. Also, a small proportion of men had docetaxel; they had to complete docetaxel chemotherapy within 6 months of enrollment on the study. What that meant is that the PSA reading for these men, when they enrolled on the study, was different compared with their very first PSA reading when they were first diagnosed with prostate cancer.

What we looked at in the ESMO analysis was to see if there are any differences in outcomes between men who have a PSA less than or equal to 0.2 μg/L and those with PSA greater than 4 μg/L at study enrollment. Reassuringly, what we saw is that across all 3 subgroups, irrespective of PSA, was a benefit with the addition of enzalutamide for rPFS and other key secondary end points. 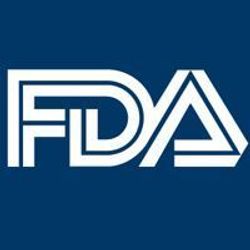