Naoto Tada Ueno, MD, PhD, FACP, discusses the diagnosis and treatment of patients with inflammatory breast cancer and highlights the biggest challenges in both diagnosing and treating this patient population. 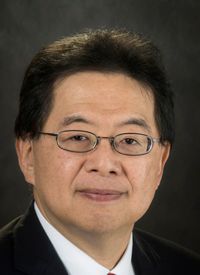 Inflammatory breast cancer (IBC) is commonly misdiagnosed because it is a rare form of breast cancer that many oncologists do not see frequently. Several institutions in the United States have special clinics for IBC, such as The University of Texas MD Anderson Cancer Center, giving patients access to clinical trials, as well as physicians who have an expertise in IBC.

Some of the symptoms of IBC include breast swelling, redness, pain, and peau d’orange, which is a condition where the skin can appear orange. These symptoms, however, do not always mean a patient is presenting with IBC. In some cases, they may have mastitis, which can be treated with antibiotics, or noninflammatory locally advanced breast cancer.

If a physician suspects IBC, it can be detected with a few different imaging tools, such as ultrasounds or MRI mammograms. The problem with these tests is that they are not completely reliable in detecting IBC; a mammogram alone, for example, only has about a 68% detection rate of IBC. However, in combination with ultrasound, the detection rate is around 98% to 100%. IBC also does not often present with a mass, which can make finding a spot to biopsy more challenging in these patients.

In an interview with OncLive, Naoto Tada Ueno, MD, PhD, FACP, Department of Breast Medical Oncology, Division of Cancer Medicine, The University of Texas MD Anderson Cancer Center, discussed the diagnosis and treatment of patients with IBC. He also highlighted the biggest challenges in both diagnosing and treating this patient population.

OncLive: What message do you hope to share with oncologists in regard to IBC at the meeting?

Ueno: The idea is to make sure everybody has awareness of IBC, which is to recognize the swelling of the breast, redness, and peau d'orange, which is commonly misdiagnosed as an infection. [My goal] is to make sure that people suspect IBC as part of the diagnosis of mastitis.

Once you do that, the second part is how to confirm the diagnosis using imaging and mammograms appropriately. However, mammograms do not always detect the disease very well. That would require using ultrasound or MRI mammography to provide more details. Lastly, the most important thing is to make sure everybody receives a trimodality approach, which involves starting systemic therapy, followed by modified radical mastectomy, followed by radiation therapy. In the United States, when we actually look at our database, about 70% of patients did receive trimodality, but for some unknown reason, there are about 20% to 30% of patients that only got 1 or 2 out of the 3, and we have data that these outcomes were not stellar compared with those who received all 3 treatments.

IBC does receive national level [research attention], where it is studied at MD Anderson Cancer Center, Dana-Farber Cancer Institute, Duke Cancer Center, Northwestern University [and others]. I think patients should take advantage by reaching out to these clinics where experts including medical oncologists, but also surgeons, radiation oncologists, pathologists, and imaging people conduct research and provide care. I know that not all patients can come to these clinics, but at least making a phone call to find out what is the best care for IBC and what clinical trials are available at each site is very important so that we can provide the best care to our patients in the United States.

What are the symptoms that can help physicians recognize IBC?

There are symptoms that are typical of IBC, which are swelling, redness, pain, skin thickening, or we call it peau d'orange, an orange type of color [to the skin]. These are the important symptoms, although the other factor is how fast these symptoms show up. It could be several weeks versus several months.

Those are probably the typical things, but because you recognize these symptoms, it doesn’t [necessarily] mean it’s IBC. Most times, it’s probably just symptoms that can [be treated by] a primary care physician, suggesting that this could be mastitis, and I think it’s appropriate to treat with antibiotics if you suspect mastitis. However, once you give antibiotics and you don’t see a good response, I think it’s time to think about other possibilities. One tricky thing that I mentioned at this conference is some people do get a response from antibiotics or even from using steroid cream, but the response is not easily sustainable. Clearly, getting a response does not mean you’re going to be excluding the diagnosis of IBC.

What tools are used for the diagnosis of IBC?

For diagnosis, a mammogram is probably 1 of the most commonly used in the breast cancer community, but the detection rate of IBC is about 68%. When you use ultrasound or MRI mammography, you could actually bring it up to the 98% to 100% ranges. These, like ultrasound and particularly the MRI mammography, could provide thickening of the skins, and we all discuss how IBC does not have a mass. Sometimes you do not feel a mass, but you could see the architectural distortion that would help guide where the biopsy should be done. To me, it’s a combination of doing all 3, but minimally, I think MRI mammography and ultrasound are appropriate if you strongly suspect [IBC], and if you can’t make that diagnosis easily, then you may have to extend to the MRI mammography.

What are the current strategies for treating patients with IBC?

The current strategy is to receive neoadjuvant chemotherapy, regardless of the molecular subtypes. One thing [to emphasize] before we [discuss] systemic treatments is you have to distinguish if this is stage III or stage IV because 30% of the patients with IBC present with distant metastasis, so that means they are de novo stage IV.

For people who do not have de novo metastatic disease and the regular stage III, the standard chemotherapy [regimen] is anthracycline followed by taxane or taxane followed by anthracycline. That’s for triple-negative or ER-positive disease. The big question [involves] HER2-positive disease because you can actually give trastuzumab [Herceptin] or pertuzumab [Perjeta] and taxotere followed by a doxorubicin/cyclophosphamide (AC) regimen, or you can use docetaxel, carboplatin, and trastuzumab plus pertuzumab (TCH+P), which contains carboplatin. Part of the reason that many IBC centers have been including most anti-HER2 therapy plus AC is because we don’t really have many randomized clinical trials exclusively for patients with IBC, and when an IBC-specific study was done over several decades, the backbone was always taxane and anthracycline-containing regimen. It may change, and there may be no more need for anthracycline, but I think we need to consider achieving that pathological complete response (pCR) as much as possible, so does it take 18 weeks or 24 weeks? Is the longer amount of time better? I don’t have really strong evidence for that, but there is a tendency that we want to do as much as possible to achieve that pCR.

Anyone can pick whatever their favorite regimen is based on the standard-of-care guideline, but 1 thing is that if the patient is still having a lot of symptoms and you don’t think they are achieving pCR, you really have to think about the need to do more.

However, you should not just rush to surgery. We see cases where patients get response and move to surgery, but they only underwent 4 cycles of treatment, so that’s rushing to do the local therapy. After that, you do radical mastectomy. That’s the only surgical approach that people are currently agreeing about in the United States. After that, there is a need for radiation therapy.

De novo is where patients present with IBC symptoms, but they have distant metastasis. As you know, in regular breast cancer, generally it’s not indicated to do surgery because it doesn’t improve outcome, and I agree with that. The thing we all need to recognize is that in the case of IBC, if local control is not done very well, the disease can actually spread to the entire chest and can go up to the neck. We have had cases where people suffocated or have had very uncomfortable symptoms because the disease spread to the entire chest wall. It’s a real issue and a quality of life issue, so if you do get a neoadjuvant approach and you get really good shrinkage of the tumor and your metastatic site is controlled, I think it is important to talk with your surgeon and radiation oncologist about whether it is indicated to do polyp surgery or polyp radiation for the local area. When we actually pooled our MD Anderson data that looked at a good response [followed by surgery], the recurrence rate was only about 3% to 4%, which is very low. Having that local area being well controlled is really important for some of the metastatic IBC.

What are your main takeaways regarding IBC diagnosis and treatments?

I hope that trimodality is important and if you are not quite sure about it, I hope oncologists feel comfortable reaching out to us; it doesn’t have to be MD Anderson; as I said, there are many different sites in the United States, and many of the physicians who treat IBC and are willing to provide help.

The best outcome is always achieving a pCR with the use of systemic treatment, and that is our goal. As I showed in the data, though, pCR does not mean that patients do not relapse. Even with triple-negative [breast cancer], there is a high rate that the disease could come back. There’s definitely a different biology behind it, so we have to make an effort to achieve pCR. To improve that pCR, we need to think about giving patients the option of participating in clinical trials or some kind of innovative adjuvant therapies. If the patient has access to clinical trials or you do know there are clinical trials available, I think it is important to reach out to specialized centers to see what opportunities are available for these patients.