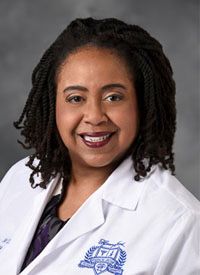 Shortened and more concentrated whole-breast radiotherapy following mastectomy has demonstrated noninferiority to standard radiotherapy in women with advanced breast cancer and in younger patients who require treatment for their lymph nodes.

Though these recommendations for hypofractionation are reflected in the release of the updated American Society for Radiation Oncology (ASTRO) guidelines, there is an active phase III study seeking to confirm the efficacy of higher per daily radiation therapy to standard per daily radiation therapy in women with surgically removed early-stage breast cancer (NCT01349322). The trial has completed accrual, and physicians await the results within the coming year.

OncLive: Can you discuss the state of radiation therapy in breast cancer?

In an interview during the 2018 OncLive® State of the Science Summit™ on Breast Cancer, Walker, senior staff physician and division director, Breast Services, Department of Radiation Oncology, Henry Ford Cancer Institute, discussed advances in radiation therapy in breast cancer and the rationale for hypofractionated scheduling.Walker: Radiation postsurgery, whether it be breast conservation or mastectomy, has been a standard for many years. It's used primarily for local control in breast conservation. It also can [help improve] survival. The standard for radiation today with breast conservation is to give the treatment over 5 to 6 weeks daily. It's difficult for a lot of people to come in for almost 7 weeks of treatment every day.

We have always looked at whether there is a way of potentially giving [radiation] in a shortened time that gives patients equivalent results without many more AEs. European countries and Canada first started looking at this several years ago. Unlike the United States, where we have multiple machines that can take care of all of our patients, they have limited amounts of machines, and there were delays in getting people into treatment.

By using slightly higher doses over a period of time that was found to be biologically equivalent to the 6 to 7 weeks we standardly give, they were able to show that we can use the shortened treatment time. Initially, it was used in women who didn't have very high-risk disease and didn't get chemotherapy; those patients were just getting hormone therapy.

In the European studies, was there a difference in tolerability or efficacy?

Are there patients who may not benefit from the altered-fractionation approach?

We now have data showing that we can use [radiation] in more advanced disease over a shortened treatment time after mastectomy, as well as in younger patients or in those who need to get their lymph nodes treated without additional AEs over the standard. No. In longer-term follow-up, we saw that the toxicity was not any worse than [the standard] and, in some cases, the acute AEs were better than the standard. That's beneficial to patients. They don't have to worry that if they go too fast, they’re going to get more skin reaction, more pain, and burn. Patients will get that with the standard, but it has not increased [with the shorter time]. In some cases, it's definitely less [with the standard]. Yes. You might want to consider giving patients who have had infections afterwards, or women who get implants or expanders put in following a mastectomy, standard as opposed to hypofractionated radiation.

Can you elaborate on the areas of controversy regarding radiotherapy approaches?

There is an active study currently open, in which we are looking at whether we can give women with expanders after mastectomy who are going to get a permanent implant hypofractionated radiation. Though there are some patients whom we don’t want to give hypofractionated radiation to, we are investigating if there is any way that we can. There is a big study that’s pending, but we have had a lot of small studies that have looked at hypofractionation in women getting chemotherapy in addition to radiation and potentially hormone therapy. We thought that giving a slightly higher dose per treatment might cause more skin reactions down the road. There are certain chemotherapy agents that, if a patient got during their breast cancer therapy and radiation, might induce greater reactions in the body.

Now, we have a fair amount of data showing that we can treat younger patients and women who have received chemotherapy or who are going to get chemotherapy and have the same results. Women who are diagnosed with breast cancer at a younger age, meaning under 50, are going to live a long time. We have found that we can treat these patients and still have the same results without causing any more AEs down the road.

Pre-invasive breast cancer is another area. Specifically, we know that stage 0 ductal carcinoma in situ is a type of breast cancer that can sometimes jump around the breast a little bit. We thought that if we didn't treat it definitively with standard fractionation they might have worse outcomes, but they don’t. ASTRO came out with new guidelines including all these patients for hypofractionation.

There is also another area of altered fractionation. This is giving whole breast radiation with or without a boost to the area where the tumor started, which is felt to be at greatest risk of recurrence. We know that there are some older patients with low-grade and low-stage disease who can potentially be treated with radiation to the area where the tumor started plus a little bit of expansion to catch areas where it could spread 2 to 3 centimeters away from the main site. That's called partial breast irradiation. Patients can get treatment in 1 week, twice daily. It's biologically equivalent to standard fractionation, though not the standard of care. There are guidelines as to which patients are eligible for this, but it is an option.

How do you see the role of radiation therapy evolving over the next few years?

All women with early-stage breast cancer or those who choose to get a mastectomy and may need subsequent radiation should discuss this with their radiation oncologist.Radiation will always be part of breast cancer care. It's [a matter of] how and when we're going to give radiation. It is very commonly used in women with early-stage disease today, but it's also used in women with metastatic disease, or stage 4 disease for palliation of their pain—as a result of a lesion that's closing off their lung. It's part of the continuum of breast cancer.

With precision medicine, it may be that we can determine who is at high risk of local recurrence, and give radiation to those patients depending on what the molecular signature of their tumor is.