Experts Explore Treatment Approaches With Novel Agents in ALL 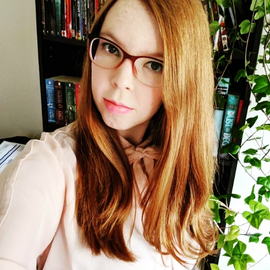 A panel of experts in acute lymphoblastic leukemia broach the topic of innovative approaches incorporating novel agents in clinical practice.

During the 4th Annual Live Medical Crossfire® in Hematologic Malignancies, a program developed by Physicians’ Education Resource® (PER®), LLC, a panel of experts in acute lymphoblastic leukemia (ALL) broached the topic of innovative approaches incorporating novel agents in clinical practice.1

The session, which was moderated by Elias Jabbour, MD, a professor in the Department of Leukemia, Division of Cancer Medicine at The University of Texas MD Anderson Cancer Center, focused on several clinical scenarios often faced in practice and how best emerging agents can be used to benefit patients with ALL.

The panel of experts consisted of Anjali Advani, MD, director of the Inpatient Leukemia Program at Taussig Cancer Institute and a professor at Cleveland Clinic Lerner College of Medicine; Aaron Logan, MD, PhD, an associate professor of clinical medicine within the Division of Hematology/Oncology at the University of California, San Francisco; Bijal D. Shah, MD, MS, an associate professor of malignant hematology at Moffitt Cancer Center; and Wendy Stock, MD, Anjuli Seth Nayak professor in leukemia and director of the Leukemia Program, Section of Hematology/Oncology, at the University of Chicago.

MRD Quantification as a Prognostic for Survival

Logan launched a discussion on the case of a 38-year-old male patient who presented with a white blood cell (WBC) count of 29,000/mcL, a hemoglobin of 6.9 g/dL, and a platelet count of 18,000/mcL. A blood smear additionally showed 70% peripheral and marrow blasts with an immunophenotype consistent with ALL.

“[The patient] was ultimately confirmed to have a Philadelphia chromosome (Ph)–like lesion in the form of an IGH/CRLF2 translocation,” said Logan. “As such, this relatively young [patient] was diagnosed to have Ph-like B-cell ALL.”

Because the patient was under the age of 40, he received frontline therapy with the C10403 regimen and was able to achieve complete remission (CR) along with a normalization of blood counts following the first block of induction therapy. Based on this scenario, Logan posed the panel: At which time points are minimal residual disease (MRD) quantification prognostic for survival? Panelists evaluated whether the answer was at the end of induction treatment, after consolidation, prior to allogeneic hematopoietic cell transplant, after transplant, or at all of those time points.

“The reason I ask this question, which seems relatively simplistic,” Logan explained, “is to emphasize that some data show the importance of MRD quantification at all time points for prognosing both disease-free (DFS) and overall survival (OS). The bulk of data that exists are at the end of induction or at least after consolidations, showing that patients who achieve MRD negativity with Ph-negative B-cell ALL can do very well without transplant.”

Stock added that patients with low MRD levels who underwent transplant experienced notable survival benefit, although this is not as effective as transplant in patients who have MRD negativity.

Advani presented the case of a 20-year-old male patient who presented with a 2-week history of fatigue, bleeding, and low-grade fevers. His lab results showed a WBC of 2 K/uL, hemoglobin of 6.0 g/dL, and a platelet count of 20 K/uL. Bone marrow aspirate and biopsy revealed 70% blasts, which were CD10, CD19, and CD34 positive, CD20 negative, and terminal deoxynucleotidyl transferase positive. The results of these tests are consistent with pre-B ALL, according to Advani. As was done with the previous patient, he was treated with the pediatric regimen of C10403 and was able to achieve CR with evidence of complete molecular remission based on flow MRD.

After relapsing 2 years later with 30% blasts that were CD19 and CD22 positive and CD20 negative, the panel of experts discussed the best way to treat this patient. When the question was posed to the audience viewing the program, the majority felt that blinatumomab (Blincyto) was the best course of action (45%), while 28% felt inotuzumab (Besponsa) would be a better treatment option. Ten percent reported that they would turn to CAR T cells, while 17% reported that they would then use salvage high-dose cytarabine.

Advanti agreed with the audience, stating that he have chosen blinatumomab, which has shown favorable efficacy in 2 clinical trials evaluating the efficacy of antibody-based therapies: the TOWER trial,2 which compared blinatumomab with standard-of-care chemotherapy, and INO-VATE trial,3 which compared inotuzumab with standard-of-care chemotherapy.

“Results from those trials showed that antibody-based therapies led to a higher CR rate, but also better OS rates,” said Advanti. “Based on that, both blinatumomab and inotuzumab would be better than a salvage high-dose chemotherapy.”

Shah added that CAR T-cell therapies have not yet been studied and approved for use within first relapse. As such, he agreed that blinatumomab would be the better option, with a goal of transplant. Jabbour questioned whether it would be acceptable to include CAR T cells in first relapse, mentioning the concern of treating patients with the approach too late.

“It’s certainly an argument that we’ve made to many CAR T companies,” Shah said. “Right now, it’s just early. We [should] have the phase 2 data from the ZUMA-3 trial by the 2020 ASH Annual Meeting and we may be able to use [those data] to justify [the use of this approach in] an earlier line of [treatment].”

Shah presented a scenario involving a 20-year-old Hispanic female who presented with a WBC of >1,000,000 along with active central nervous system (CNS)–3 disease in the setting of BCR-ABL–positive B-ALL.

The patient was given a treatment of hyperfractionated cyclophosphamide, vincristine, doxorubicin, hydrochloride, and dexamethasone with imatinib (Gleevec) and intensified CNS-directed therapy. The patient was MRD positive following the induction treatment (0.16% blasts). Then, she completed cycles with MRD negative CR and proceeded to POMP maintenance with imatinib. Shah said that restaging marrow revealed MRD positivity by qPCR (0.000851).

The patient was then given matched unrelated donor allogeneic stem cell transplant with busulfan plus fludarabine conditioning following her relapse during the maintenance phase. Although the bone marrow at 1 month post transplant showed MRD negativity, restaging at 3 months following revealed low-level MRD via pPCR (0.000017). At this time, she was monitored.

Six months following the transplant, the qPCR in the bone marrow rose to 0.059166 with 3% atypical cells noted in the cerebrospinal fluid. The patient was then started on dasatinib (Sprycel), was shown to have a poor tolerance, and was subsequently switched over to nilotinib (Tasigna). This resulted in a transient improvement in her qPCR, although CNS progression was later observed in the setting of a Y253H mutation.

She was then given a regimen comprised of high-dose methotrexate and intensified intrathecal therapy; this was followed by ponatinib (Iclusig), said Shah. However, her treatment was complicated by severe transaminitis, which led to the discontinuation of ponatinib. The treatment discontinuation then led to an isolated CNS relapse shortly thereafter. The patient was then rechallenged with dasatinib plus ponatinib combined with intrathecal therapy, added Shah. Five years from diagnosis, the patient remains clear of leukemia and 100% donor in her bone marrow, but she is positive for CNS disease. Shah inquired the panel to examine the best course of action.

Shah admitted that he would choose single-agent blinatumomab as the next step in this patient’s treatment journey. “Data with blinatumomab and ponatinib in combination are emerging,” said Shah. “Whether that approach rescues patients who are already ponatinib refractory is something that we’re still trying to better understand.”

Stock, who felt mini-CVD with inotuzumab would be a reasonable option, added, “Inotuzumab does lead to a good response rate in [patients with] Ph-positive ALL. But then, we need to do something more [after] because the responses are generally for a short duration.” To this end, Stock suggested that following this treatment with either a transplant or a maintenance chemotherapy could be viable options. 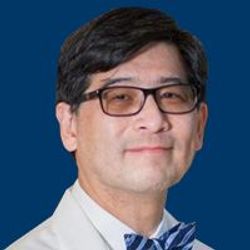 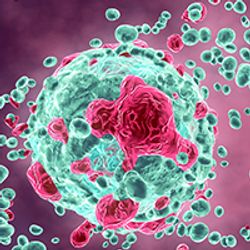