November 13, 2020 - The FDA has granted an accelerated approval to pembrolizumab for use in combination with chemotherapy in the treatment of patients with locally recurrent unresectable or metastatic triple-negative breast cancer whose tumors express PD-L1 as determined by an FDA-approved test.

The FDA has granted an accelerated approval to pembrolizumab (Keytruda) for use in combination with chemotherapy in the treatment of patients with locally recurrent unresectable or metastatic triple-negative breast cancer (TNBC) whose tumors express PD-L1 (combined positive score [CPS] ≥10) as determined by an FDA-approved test.

The regulatory agency also approved the PD-L1 IHC 22C3 pharmDx, developed by Dako North America, Inc, for use as a companion diagnostic to select patients with TNBC who may be appropriate candidates for the PD-1 agent.

Additionally, in patients whose tumors had a PD-L1 CPS of 1 or higher, the median PFS was reported to be 7.6 months with pembrolizumab/chemotherapy versus 5.6 months with chemotherapy alone (HR, 0.74; 0.61-0.90; P = .0014), although this was not determined to be statistically significant.

In the intent-to-treat (ITT) population, the median PFS with the pembrolizumab combination was 7.5 months versus 5.6 months with chemotherapy alone, translating to an 18% reduction in the risk of death (HR, 0.82; 95% CI, 0.69-0.97). Statistical significance was not evaluated in this patient population.

In the multicenter, double-blind, randomized, placebo-controlled trial investigators examined pembrolizumab in combination with investigator's choice of either nab-paclitaxel (Abraxane), paclitaxel, or gemcitabine/carboplatin compared with placebo plus 1 of the 3 chemotherapy agents in patients with previously untreated locally recurrent inoperable or metastatic TNBC.

To be eligible for enrollment, patients had to be at least 18 years of age, have central determination of TNBC and PD-L1 expression, and they had to have completed treatment with curative intent at least 6 months before their first disease recurrence. Patients also had to have an ECOG performance status of either 0 or 1, a life expectancy of 12 weeks or longer from randomization, acceptable organ function, no required use of systemic steroids, no central nervous system metastases, and had no active immune disease.

In part 1 of the trial, investigators examined the safety and tolerability of pembrolizumab in combination with 1 of the chemotherapy regimens in a total of 30 patients.

The coprimary end points of the trial included PFS and overall survival in patients with PD-L1–positive tumors and in the ITT population, while key secondary end points comprised objective response rate, duration of response, disease control rate, and safety. Baseline characteristics were observed to be balanced between the arms.

With regard to safety, the most commonly reported toxicities observed in patients who received the pembrolizumab/chemotherapy combination included fatigue, nausea, diarrhea, constipation, vomiting, alopecia, rash, cough, decreased appetite, and headache. 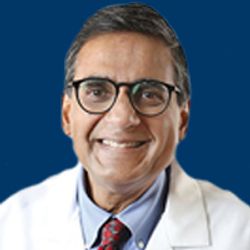 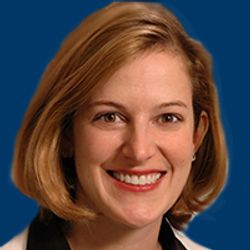 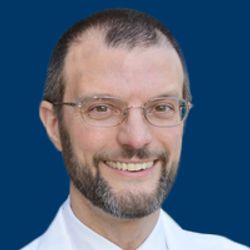