The FDA has granted a priority review designation to nivolumab (Opdivo) for use as a treatment for patients with hepatocellular carcinoma following prior sorafenib (Nexavar). 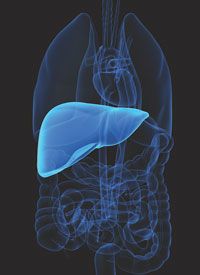 The FDA has granted a priority review designation to nivolumab (Opdivo) for use as a treatment for patients with hepatocellular carcinoma (HCC) following prior sorafenib (Nexavar), according to Bristol-Myers Squibb, the manufacturer of the PD-1 inhibitor.

The supplemental Biologics License Application (sBLA) for nivolumab is based on safety and efficacy findings from the phase I/II CheckMate-040 trial, which were published in The Lancet and will be presented at the 2017 ASCO Annual Meeting. The FDA is scheduled to make it its final decision on or before September 24, 2017.

“We believe the FDA acceptance of our application for Opdivo with priority review status is an important recognition of the significant unmet need for patients with HCC, which is often diagnosed in the advanced stage when treatment options are limited,” Ian M. Waxman, MD, development lead, Gastrointestinal Cancers, Bristol-Myers Squibb, said in a statement. “We are committed to exploring new treatment options for these patients and look forward to working with the FDA to potentially extend the use of Opdivo as a treatment option in this setting.”

The median age of patients in the escalation phase was 62 years (range, 55-69), 75% of patients were male, 58% were white, and 40% had an ECOG performance status (PS) of 1. Seventy-five percent had surgical resection and 21% had received radiotherapy.

The researchers reported that nivolumab was tolerable with a manageable safety profile during the dose-escalation phase. A maximum-tolerated dose was not reached. Twenty-five percent (12/48) of patients had grade 3/4 treatment-related adverse events (AEs). There were 3 treatment-related serious AEs: pemphigoid, adrenal insufficiency, and liver disorder.