The FDA has issued a complete response letter to Immunomedics regarding its biologics license application for sacituzumab govitecan as a treatment for patients with metastatic triple-negative breast cancer who have received at least 2 prior therapies, citing chemistry, manufacturing, and control matters. 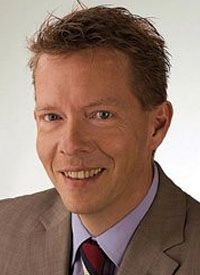 The FDA has issued a complete response letter to Immunomedics regarding its biologics license application (BLA) for sacituzumab govitecan as a treatment for patients with metastatic triple-negative breast cancer (TNBC) who have received at least 2 prior therapies, citing chemistry, manufacturing, and control matters.

“We believe in sacituzumab govitecan’s potential to be a viable treatment option for these patients,” said Michael Pehl, president and chief executive officer of Immunomedics. “The issues related to approvability in the CRL were exclusively focused on chemistry, manufacturing and control matters and no new clinical or preclinical data need to be generated. We are going to request a meeting with the FDA as soon as possible to gain a full understanding of the agency’s requirements and timelines for approval and we will work closely with the FDA with the goal of bringing this important medicine to patients as soon as possible.”

The FDA previously granted a priority review designation to the BLA for sacituzumab govitecan in July 2018. The FDA was scheduled to make its decision on the application by January 18, 2019.

The application was based on phase II results that were presented at the 2017 San Antonio Breast Cancer Symposium (SABCS), in which sacituzumab govitecan demonstrated an objective response rate (ORR) of 34% in patients with heavily pretreated mTNBC.

Sacituzumab govitecan is an antibody-drug conjugate that consists of the active metabolite of irinotecan, SN-38, linked with a humanized IgG antibody targeted against TROP-2, a cell-surface glycoprotein that is expressed in more than 90% of TNBC. In the study that was presented at the 2018 SABCS, 57 patients had moderate (2+) to strong (3+) TROP-2 expression by immunohistochemistry and 5 had weak or absent staining for the marker. The data were not available for the remaining patients.

Patients’ ECOG performance status was 0 (30%) and 1 (70%), and the median time from metastatic diagnosis to treatment in the study was 1.5 years. Additionally, 41% of patients were treated in the third-line setting and 59% were in the fourth-line or greater setting. The most common prior therapies were taxanes (98%), anthracyclines (86%), cyclophosphamide (85%), and platinum agents (75%). Additionally, 17% of patients had received an immune checkpoint inhibitor. The majority of patients had visceral metastases (80%).

The ORR was 31% by blinded independent central review, which confirmed findings seen in the local assessment. There were 3 complete responses (CRs) and 34 partial responses (PR) by local assessment; there were 6 CRs and 28 PRs in the blinded review. A target lesion reduction was seen in approximately 74% of patients, suggesting that most patients experienced some type of response to the medication.

Moreover, the median duration of response by local review was 7.6 months and was 9.1 months in the blinded assessment. The median time to onset of response was 2.0 months (range, 1.5-13.4). There were 9 long-term responders who remained progression-free for >1 year from the start of treatment, with 4 of these individuals experiencing a response for greater than 2 years. Twelve patients continued treatment at the data cutoff in June 2017.

In an exploratory analysis, responses looked similar across subgroups. TROP-2 expression did not appear to impact activity; however, there were limited data for this assessment. Those receiving prior checkpoint inhibitors had an ORR of 47% (9 of 19) and responses were similar between those receiving treatment as a third-line therapy or beyond (36% and 32%, respectively). In those with and without visceral metastases, the ORRs were 30% and 50%, respectively.

Dose reductions to 7.5 mg/kg occurred in 25% of patients and the rest were able to continue sacituzumab govitecan at the 10 mg/kg dose. Two patients discontinued due to AEs and there were no treatment-related deaths in this study.